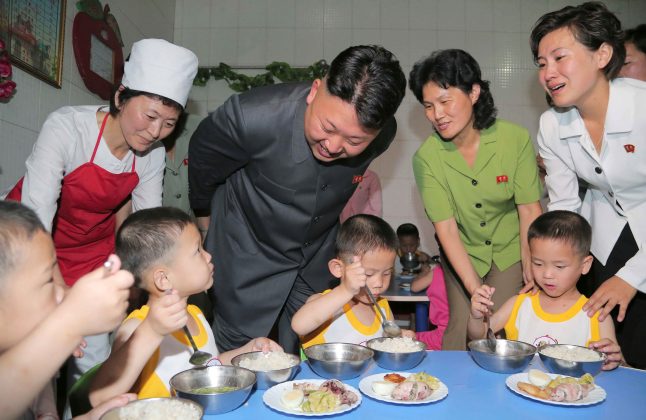 GENEVA (Reuters) – The supply of food remains precarious in North Korea, where one in five children is stunted by malnutrition, the United Nation’s food agency said on Tuesday.

WFP, which provides fortified cereals and enriched biscuits to 650,000 women and children each month, may have to cut its nutrition and health programs again because it lacks funding, WFP spokesman Herve Verhoosel said.

WFP and the U.N. Children’s Fund (UNICEF) are among only a few aid agencies with access to North Korea, which suffered a famine in the mid-1990s that killed up to 3 million people.

He was referring to the Democratic People’s Republic of Korea, the official name for North Korea.

Some donors and companies, including shipping companies, have been reluctant to fund or to get involved in aid programs for North Korea, although humanitarian work is excluded from sanctions imposed by the U.N. Security Council on North Korea for its nuclear and missile program, he said.

“We cannot wait for political or diplomatic progress to support a civilian population and to basically work on a humanitarian agenda,” he said.

The United States, the WFP’s largest donor overall, is not among current donors to its program in North Korea, which include France, Switzerland, Sweden, Canada, and the Russian Federation, he said.

The WFP, which appealed this year for $52 million for North Korea, needs $15.2 million to fund its programs over the next five months and avoid further cuts to its food assistance, he said.

Critical funding shortfalls meant this year the agency was forced to leave 190,000 children in kindergartens without nutritional support, he said.