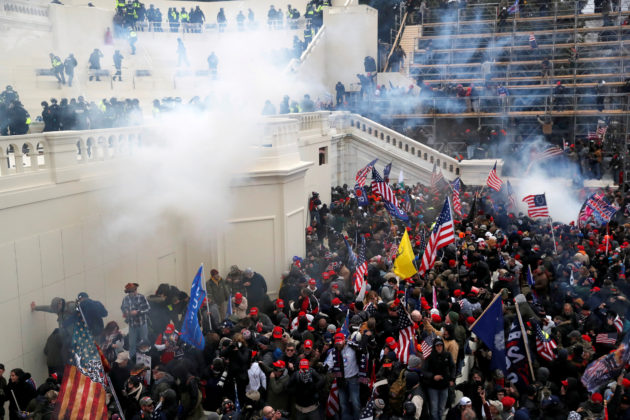 FILE PHOTO: Police release tear gas into a crowd of pro-Trump protesters during clashes at a rally to contest the certification of the 2020 U.S. presidential election results by the U.S. Congress, at the U.S. Capitol Building in Washington, U.S, January 6, 2021. REUTERS/Shannon Stapleton