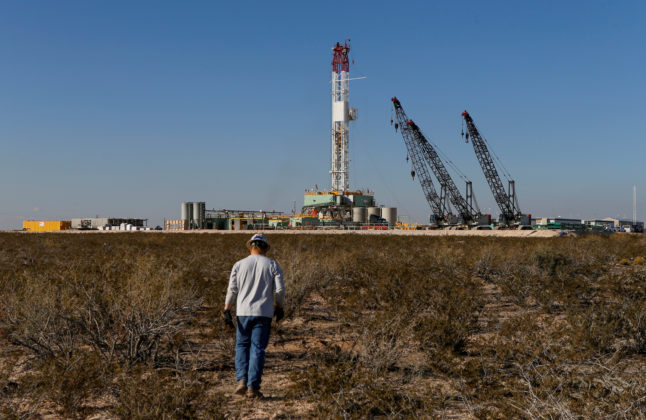 Saudi Arabia plans to cut output by an extra 1 million barrels per day (bpd) in February and March to keep inventories in check.

The Saudi cut is part of an OPEC-led deal in which most producers will hold output steady in February. Last year’s record cuts from OPEC and its allies helped oil recover from historic lows reached in April. Some analysts believe the oil complex is underestimating supply levels.

“Storage at Cushing is only 10.2 million barrels below the all-time record high, so there is no problem with supply here in the U.S., but the complex is responding positively to this chatter about undersupply,” said Bob Yawger, director of energy futures at Mizuho.

Oil also gained on expectations for a drop in U.S. crude stockpiles. Analysts expect crude inventories to fall by 2.7 million barrels for a fifth straight week of declines.

The market is also being supported by the prospect of increased economic stimulus in the United States. President-elect Joe Biden, who takes office on Jan. 20, has promised “trillions” in extra pandemic-relief spending.

However, oil price gains were capped by demand concerns as coronavirus cases rise around the world.

Chinese authorities introduced new curbs in areas surrounding Beijing on Tuesday and Japan is to widen a state of emergency beyond Tokyo.