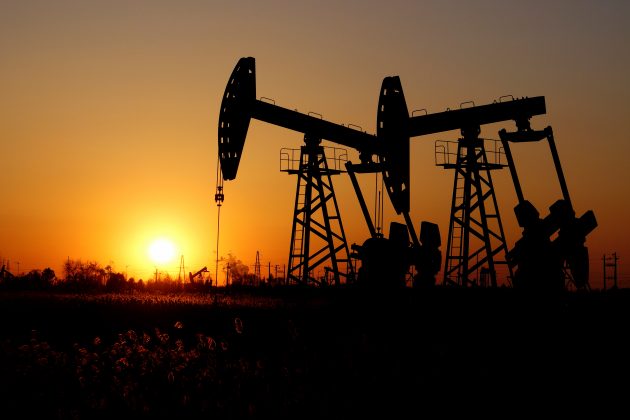 FILE PHOTO: Pumpjacks are seen against the setting sun at the Daqing oil field in Heilongjiang province, China December 7, 2018. REUTERS/Stringe

LONDON (Reuters) – Oil prices rose to new 2019 highs on Tuesday, supported by OPEC supply cuts and falling output from Iran and Venezuela because of U.S. sanctions.

U.S. West Texas Intermediate (WTI) futures were at $59.17, up 8 cents from their last settlement. They also touched their highest since November at $59.57.

The Organization of the Petroleum Exporting Countries on Monday scrapped its planned meeting in April, effectively extending supply cuts that have been in place since January until its next regular meeting in June.

OPEC and a group of non-affiliated producers including Russia, known as OPEC+, cut supply in 2019 to halt a sharp price drop that began in the second-half of 2018 on booming U.S. production and fears of a global economic slowdown.

Saudi Arabia has signaled that OPEC and its allies could continue to restrain oil output until the end of 2019.

Prices have been further supported by U.S. sanctions against oil exports from Iran and Venezuela, traders said.

Venezuela has suspended its oil exports to India, one of its key export destinations, the Azeri energy ministry said on Tuesday, citing Venezuela’s oil minister.

Because of the tighter supply outlook for the coming months, the Brent forward curve has gone into backwardation since the start of the year, meaning that prices for immediate delivery are more expensive than those for dispatch in the future. May Brent prices were around $1.20 a barrel more expensive than for December delivery.

Outside OPEC, analysts are watching U.S. crude oil production that has risen by more than 2 million barrels per day (bpd) since early 2018, to about 12 million bpd, making the United States the world’s biggest producer ahead of Russia and Saudi Arabia.

Weekly output and storage data will be published by the Energy Information Administration (EIA) on Wednesday.

Bank of America Merrill Lynch said that economic “risks are skewed to the downside” and it is forecasting global demand growth of 1.2 million bpd year on year in 2019 and 1.15 million bpd in 2020.