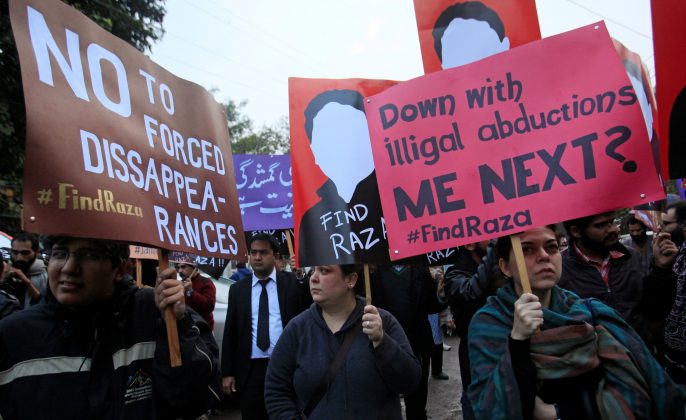 Demonstrators hold placards calling for the release of Raza Mehmood Khan, a member of Aghaz-i-Dosti (Start of Friendship), a group that works on peace building between Pakistan and India, during a protest in Lahore, Pakistan December 11, 2017. REUTERS/Mohsin Raza