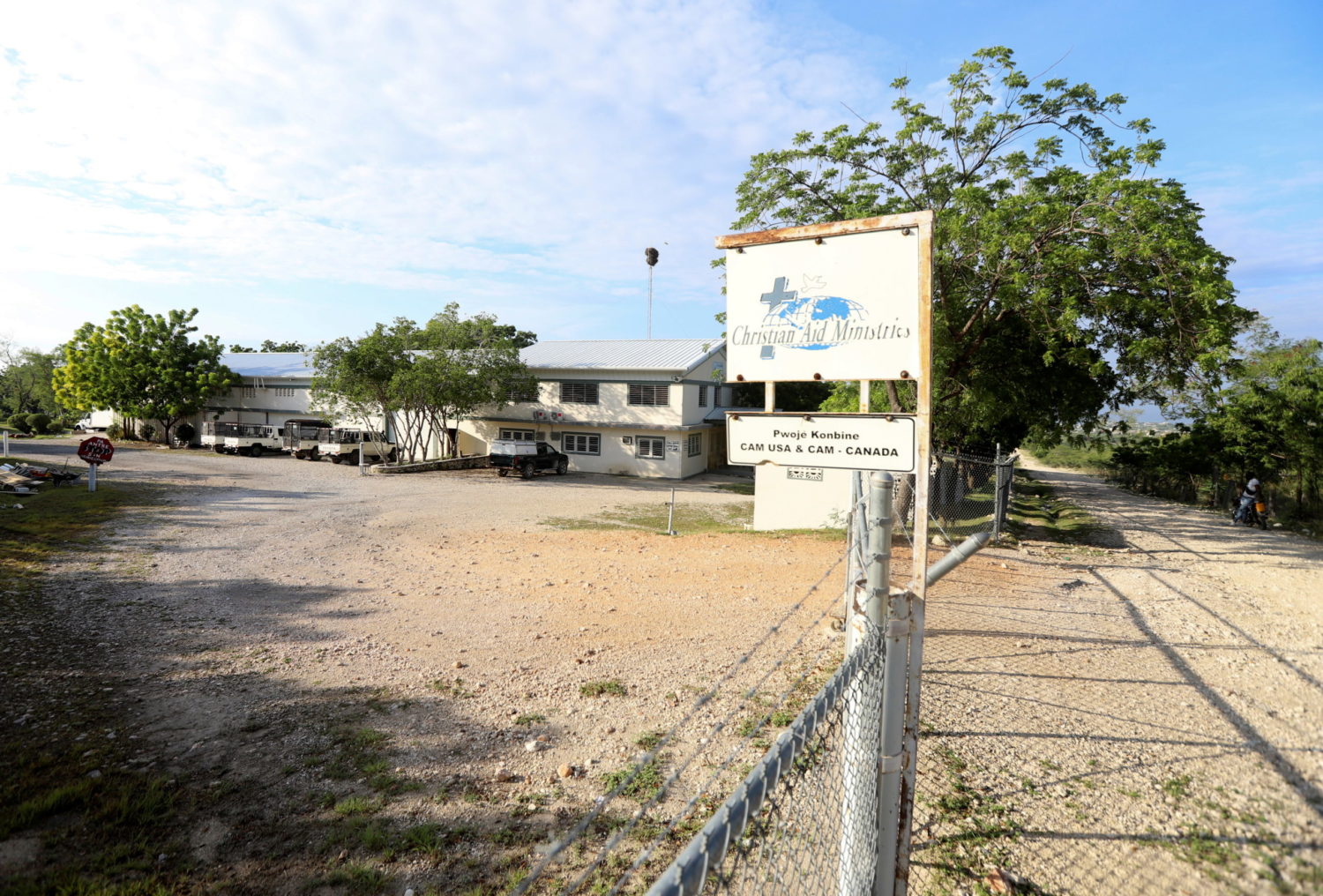 (Reuters) -A Haitian gang that kidnapped a group of American and Canadian missionaries is asking for $17 million — or $1 million each — to release them, according to a top Haitian official.

Justice Minister Liszt Quitel told Reuters that talks were underway with kidnappers to seek the release of the missionaries abducted over the weekend outside the capital Port-au-Prince by a gang called 400 Mawozo.

The minister confirmed the hefty ransom fee, telling Reuters “they asked for $1 million per person.” The fee was first reported by the Wall Street Journal earlier in the day.

CNN reported earlier on Tuesday the kidnappers first called Christian Aid Ministries – the group to which the victims belonged – on Saturday and immediately conveyed the price tag for the missionaries release. The FBI and Haitian police were advising the group in negotiations, the minister said.

Several calls between the kidnappers and the missionary group have taken place since their disappearance, the minister told CNN.

The Ohio-based Christian Aid Ministries called for prayers for the “Haitian and American civil authorities who are working to resolve this situation” in a statement.

The group of 16 Americans and 1 Canadian includes six women and five children, including an eight-month old baby, the missionary organization said. They were abducted in an area called Croix-des-Bouquets, about 8 miles (13 km) outside the capital, which is dominated by the 400 Mawozo gang.

Five priests and two nuns, including two French citizens, were abducted in April in Croix-des-Bouquets and were released later that month.

Quitel told the Wall Street Journal that a ransom was paid for the release of two of those priests.

Kidnappings have become more brazen and commonplace in Haiti amid a growing political and economic crisis, with at least 628 incidents in the first nine months of 2021 alone, according to a report by the Haitian nonprofit Center for Analysis and Research in Human Rights, or CARDH.

Haitians on Monday mounted a nationwide strike to protest gang crime and kidnappings, which have been on the rise for years and have worsened since the July assassination of President Jovenel Moise.

Shops were open again on Tuesday in Port-au-Prince and public transportation had starting circulating again. Transport sector leaders had pushed for the strike, in part because transport workers are frequent targets of gang kidnappings.

The FBI said in a statement on Monday that it is part of a U.S. government effort to get the Americans involved to safety.

The victims are usually middle-class Haitians who cannot afford bodyguards but can nonetheless put together a ransom by borrowing money from family or selling property.

The growing crisis in Haiti has also become a major issue for the United States. A wave of thousands of Haitian migrants arrived at the U.S.-Mexico border last month, but many were deported to their home country shortly after. 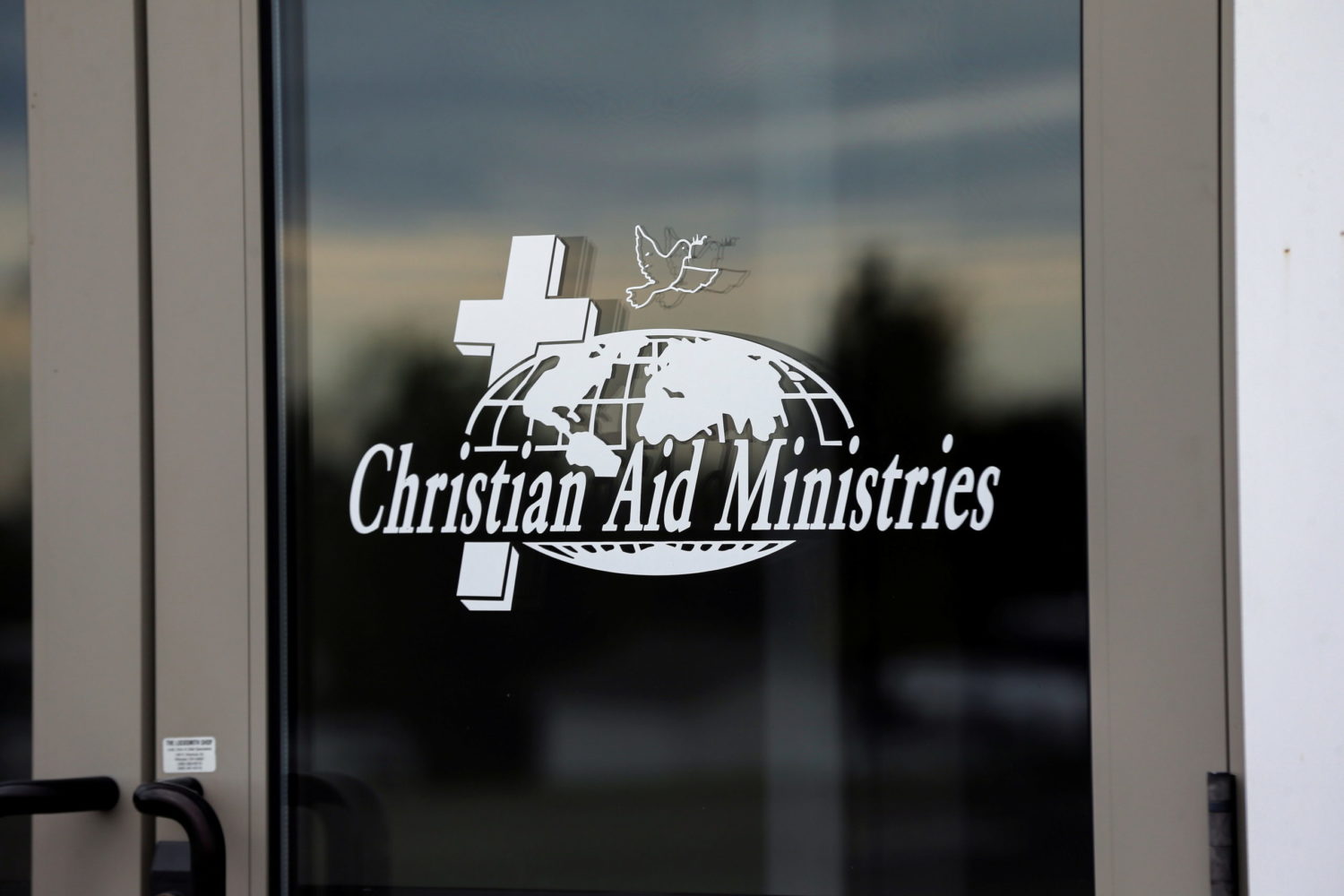 PORT-AU-PRINCE (Reuters) – Haitians on Monday joined a nationwide general strike to protest a growing wave of kidnappings, days after the abduction of a U.S.-based group of missionaries fueled international concerns over gang violence in the crisis-stricken Caribbean nation.

Ohio-based Christian Aid Ministries on Sunday said the 16 Americans and one Canadian were in Haiti to visit an orphanage when they were abducted near the capital, Port-au-Prince, a crime that security experts suspect was carried out by a gang known as 400 Mawozo.

Haitian authorities have remained silent about the incident, and the whereabouts of the group of missionaries, which includes women and children, remains unknown.

The streets of Port-au-Prince were empty on Monday morning, with shops and schools closed as part of the strike first called by transportation industry leaders – whose workers are among the most common targets of gang abductions.

Other private-sector businesses later said they were joining the strike to protest the constant kidnappings and the government’s systematic incapacity to address it.

Activists have called for street demonstrations against crime and kidnappings on Monday. A rally is also planned to protest an increase in service fees on cellphone-based money transfers, which have become a popular way to make payments.

The country’s precarious security situation has taken a turn for the worse since the July assassination of President Jovenel Moise.

The crisis has become a major issue for the United States, with large numbers of Haitian migrants arriving at the U.S.-Mexico border last month, only to be met with a wave of deportations. 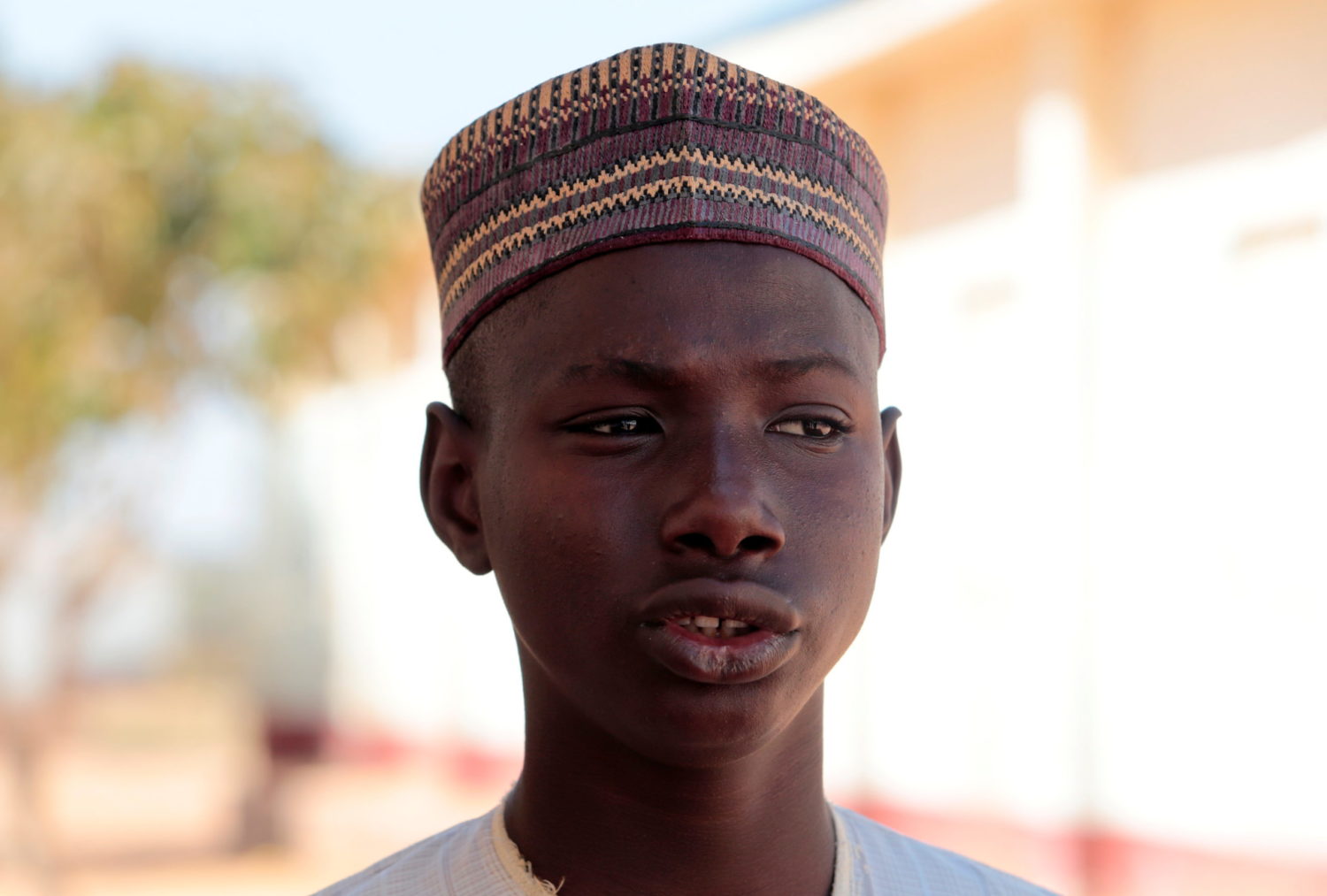 By Ismail Abba and Afolabi Sotunde

KANKARA, Nigeria (Reuters) – Usama Aminu was one of the lucky ones. He managed to escape when gunman abducted more than 300 pupils from his school in northwestern Nigeria.

“When I decided to run they brought a knife to slaughter me but I ran away quickly,” he said, sitting on a mat and speaking softly as he described how he had been in bed at the all-boys school in Kankara when he heard gunshots on Friday night.

At first, he said, the boys thought the commotion was from soldiers trying to protect them, but the attackers, armed with AK-47s, were already inside the building, threatening groups who tried to leave their dormitories at the Government Science secondary school in an attack that has outraged Nigerians.

“They said they would kill whoever is trying to escape then I began to run, climbing one rock to another through a forest,” Aminu said.

Many details of the raid and its aftermath remain unknown.

Police said on Friday they exchanged fire with the attackers, allowing some students to run for safety. According to Katsina Governor Aminu Bello Masri, 333 students remained missing, and officials do not yet know the motive of the attack.

State spokesman Abdul Labaran said on Sunday that the military and intelligence chiefs were in Kankara leading the rescue mission.

Muhammad Abubakar, 15, was another pupil who got away, trekking through farmland and a forest in the dark. He said he was among 72 boys who had reached safety in the village of Kaikaibise where he ended up.

“The bandits called us back. They told us not to run. We started to walk back to them, but as we did, we saw more people coming towards the dormitory,” he told Reuters.

“So I and others ran again. We jumped over the fence and ran through a forest to the nearest village.”

Abubakar, one of eight children, said he saw a number of boys being rounded up before they were marched out of the school, which has around 800 students. Seven of his friends are missing.

As he was reunited with his mother, who sells firewood for a living, he said: “I never thought I would see my parents again.”

Friday’s raid evoked memories of the 2014 kidnap of more than 200 girls from a school in the northeastern town of Chibok by Islamist group Boko Haram.

Since then, about half of those girls have been found or freed, dozens have been paraded in propaganda videos and an unknown number are believed to have died.

Despite the measures taken to find the boys and track down the assailants, there was growing anger at the precarious security situation in the country. On Monday, #BringBackOurBoys was trending on Twitter.

Late last month, Islamist militants killed scores of farmers in northeastern Borno, beheading some of them.

And in October the country was gripped by some of the worst civil unrest since its return to civilian rule in 1999, following weeks of largely peaceful protests against police brutality in which several demonstrators were shot dead.

Oby Ezekwesili, a former government minister and campaigner who organized the Bring Back Our Girls Movement after the Chibok abductions, said the insecurity that led to the latest abduction was the product of poor governance.

“Nothing of our government system was available to protect those children,” she told Reuters. “What else can define poor governance.”

Anger was also seen on the streets of Lagos, the commercial capital in the south of the country. Electronic trader Agboola Abimbola said it was “depressing and embarrassing” that so many children could be taken in this way.

President Muhammadu Buhari, who is from Katsina and in the state for a week-long visit, has said the military had located the kidnappers in a forest where they exchanged gun fire.

But he is yet to visit the school, which has drawn criticism in Nigeria’s newspapers.

The presidency declined to comment when asked for a response to the criticism. 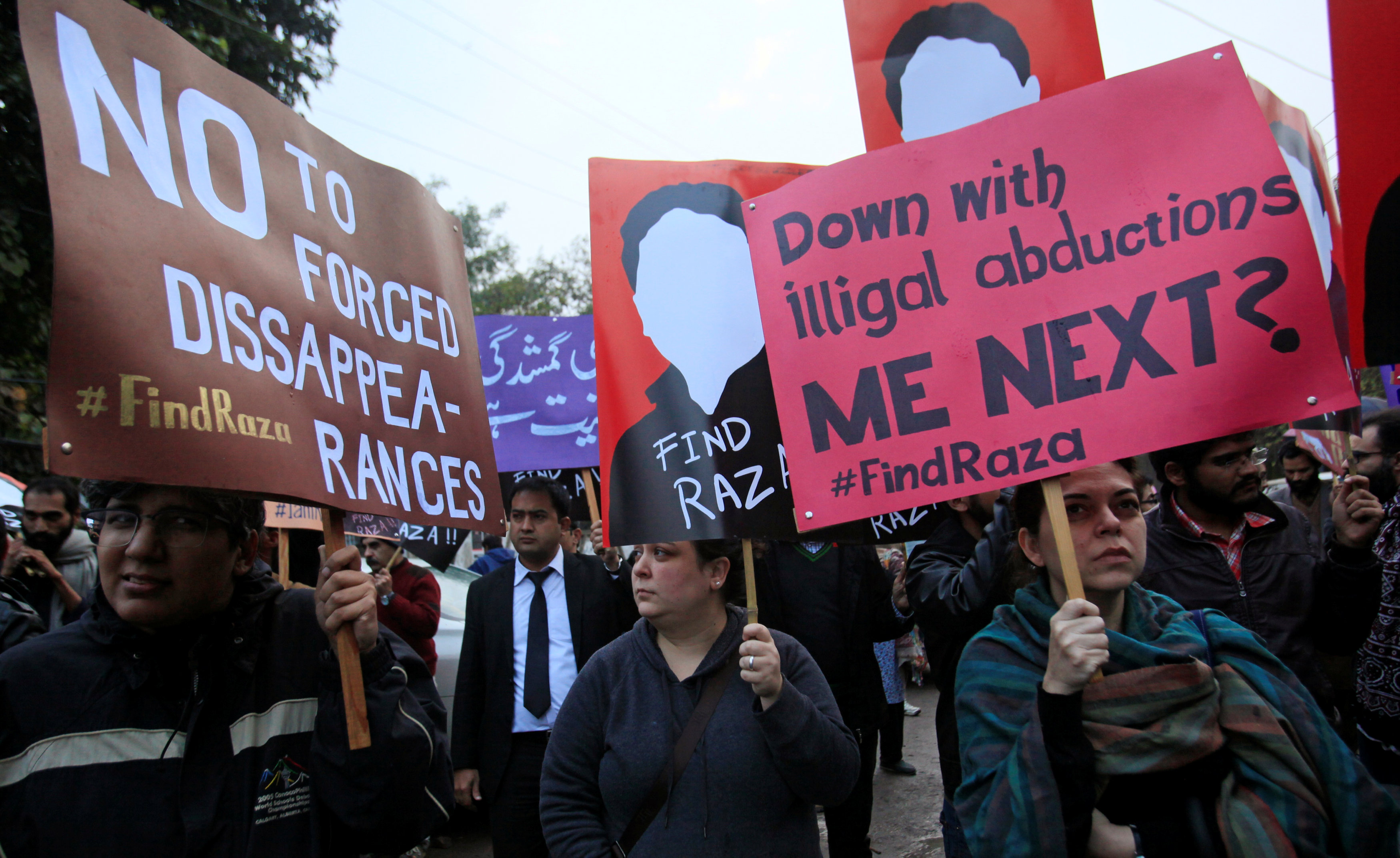