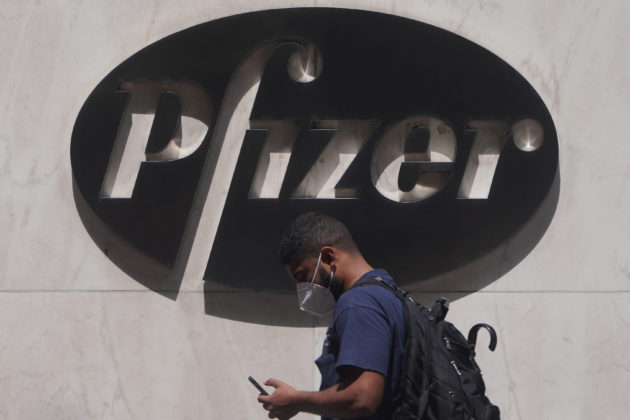 (Reuters) – Pfizer Inc said on Friday it signed a multiyear agreement to make COVID-19 treatment remdesivir for developer Gilead Sciences Inc, which is under pressure to increase tight supplies of the antiviral drug.

Gilead is aiming to make enough of the drug by the end of the year to treat more than 2 million COVID-19 patients, and agreed to send nearly all of its remdesivir supply to the United States through September.

But hospital staffers and politicians have complained about difficulties in gaining access to the drug, which is one of only two to have demonstrated an ability to help hospitalized COVID-19 patients in formal clinical trials.

There are also fears of shortages outside the United States, and separately on Friday, Britain’s Hikma Pharmaceuticals PLC said it has started manufacturing remdesivir at its Portugal plant.

Gilead said its manufacturing network for the drug had grown to more than 40 companies in North America, Europe and Asia to add capacity.

Earlier this week, a bipartisan group of U.S. state attorneys general urged the federal government to allow other companies to make Gilead’s remdesivir, to increase its availability and lower the price of the antiviral drug.

Pfizer will provide contract manufacturing services through its McPherson, Kansas, plant, the drugmaker said. It was not immediately clear if Pfizer would supply only for the U.S. market.

The U.S. Food and Drug Administration sent a warning letter to Pfizer in 2017 saying that the process for manufacturing sterile injectable drugs at the Kansas plant was “out of control” and put patients at risk.

The FDA said several products were contaminated with multiple foreign particulates but a subsequent FDA inspection found that the issues had been resolved.

Pfizer, with Germany’s BioNTech, is also rushing to develop a vaccine against the coronavirus.

Pfizer has helped other drugmakers manufacture their products before. It makes EpiPen emergency allergy treatments through its Meridian Medical Technologies business and also operates a contract manufacturer called Center One.

(Reporting by Manas Mishra in Bengaluru; Editing by Anil D’Silva and Matthew Lewis)