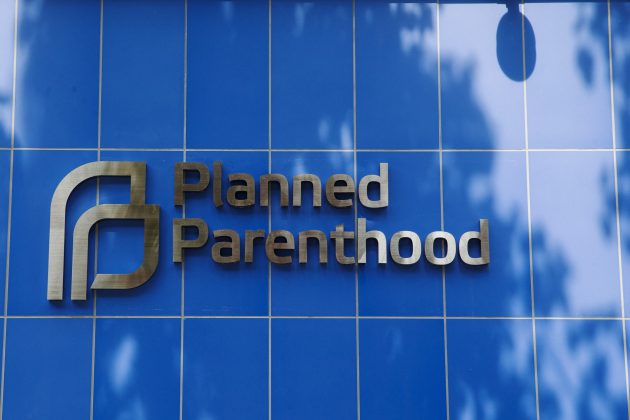 FILE PHOTO: A sign is pictured at the entrance to a Planned Parenthood building in New York August 31, 2015. REUTERS/Lucas Jackson/File Photo

They also said the rule, issued by the Department of Health and Human Services and scheduled to take effect on July 22, would impose heavy costs on healthcare providers dependent on federal funding, which they could lose by refusing to comply.

“Trust is the cornerstone of the physician-patient relationship,” Leana Wen, president of Planned Parenthood Federation of America, said in a statement. “No one should have to worry if they will get the right care or information because of their providers’ personal beliefs.”

The lawsuits escalate the legal battles over a rule announced on May 2 by Republican President Donald Trump, who has made expanding religious liberty a priority, in a Rose Garden speech marking the National Day of Prayer.

They were filed after California, New York, New York City, Chicago and 20 other mostly Democratic-controlled or Democratic-leaning states and municipalities sued the government on May 21 over the rule. San Francisco filed its own lawsuit on May 2.

HHS has said the rule protects the rights of workers who might oppose particular procedures, such as sterilizations and assisted suicides.

It has also said the rule requires compliance with roughly 25 federal laws protecting conscience and religious rights, some of which date back decades.

Roger Severino, director of HHS’ Office for Civil Rights, on Tuesday repeated his May 21 statement that the rule “gives life and enforcement tools” to those laws.