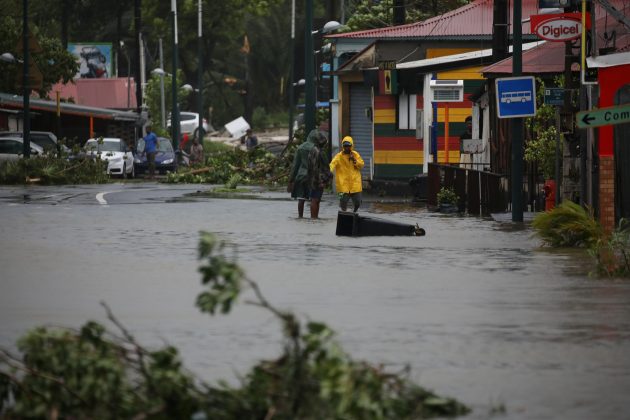 By Alvin Baez and Robin Respaut

SAN JUAN, Puerto Rico (Reuters) – Hurricane Maria roared ashore in Puerto Rico on Wednesday as the strongest storm to hit the U.S. territory in about 90 years after lashing the U.S. Virgin Islands and devastating a string of tiny Caribbean islands, killing at least one person.

Packing 155 mile per hour (250 kph) winds and driving high storm surges, Maria made landfall near Yabouca, the National Hurricane Center said. It was heading northwest, on a track directly over the island of 3.4 million people.

It struck just days after the region was punched by Hurricane Irma, which ranked as one of the most powerful Atlantic storms on record, which left a trail of destruction on several Caribbean islands and Florida.

“We have not experienced an event of this magnitude in our modern history,” Ricardo Rossello, governor of Puerto Rico, said in a televised message on Tuesday.

“Although it looks like a direct hit with major damage to Puerto Rico is inevitable, I ask for America’s prayers,” he said, adding the government has set up 500 shelters.

In Puerto Rico, Maria is expected to dump as much as 25 inches (63.5 cm) of rain on parts of the island, the NHC said. Storm surges, when hurricanes push ocean water dangerously over normal levels, could be up to 9 feet (2.74 meters).

The heavy rainfall could cause life-threatening flash floods and mudslides, it added.

A few hours earlier, Maria passed west of St. Croix, home to about half of the U.S. Virgin Islands’ 103,000 residents, as a rare Category 5 storm the top of the five-step Saffir-Simpson scale.

The center has hurricane warnings and watches out for the U.S. and British Virgin Islands, Puerto Rico, Culebra, and Vieques, the Turks and Caicos Islands, the southeastern Bahamas and the Dominican Republic from Cabo Engano to Puerto Plata.

“The only thing that matters is the safety of your family, and your children, and yourself. The rest of the stuff, forget it,” Mapp said.

After crossing Puerto Rico, Maria will pass just north of the northeast coast of the Dominican Republic on Wednesday night and Thursday, the NHC said.

It was too early to know if Maria will threaten the continental United States as it moves northward in the Atlantic.

Earlier this month, Irma devastated several small islands, including Barbuda and the U.S. and British Virgin Islands, and caused heavy damage in Cuba and Florida, killing at least 84 people in the Caribbean and the U.S. mainland. 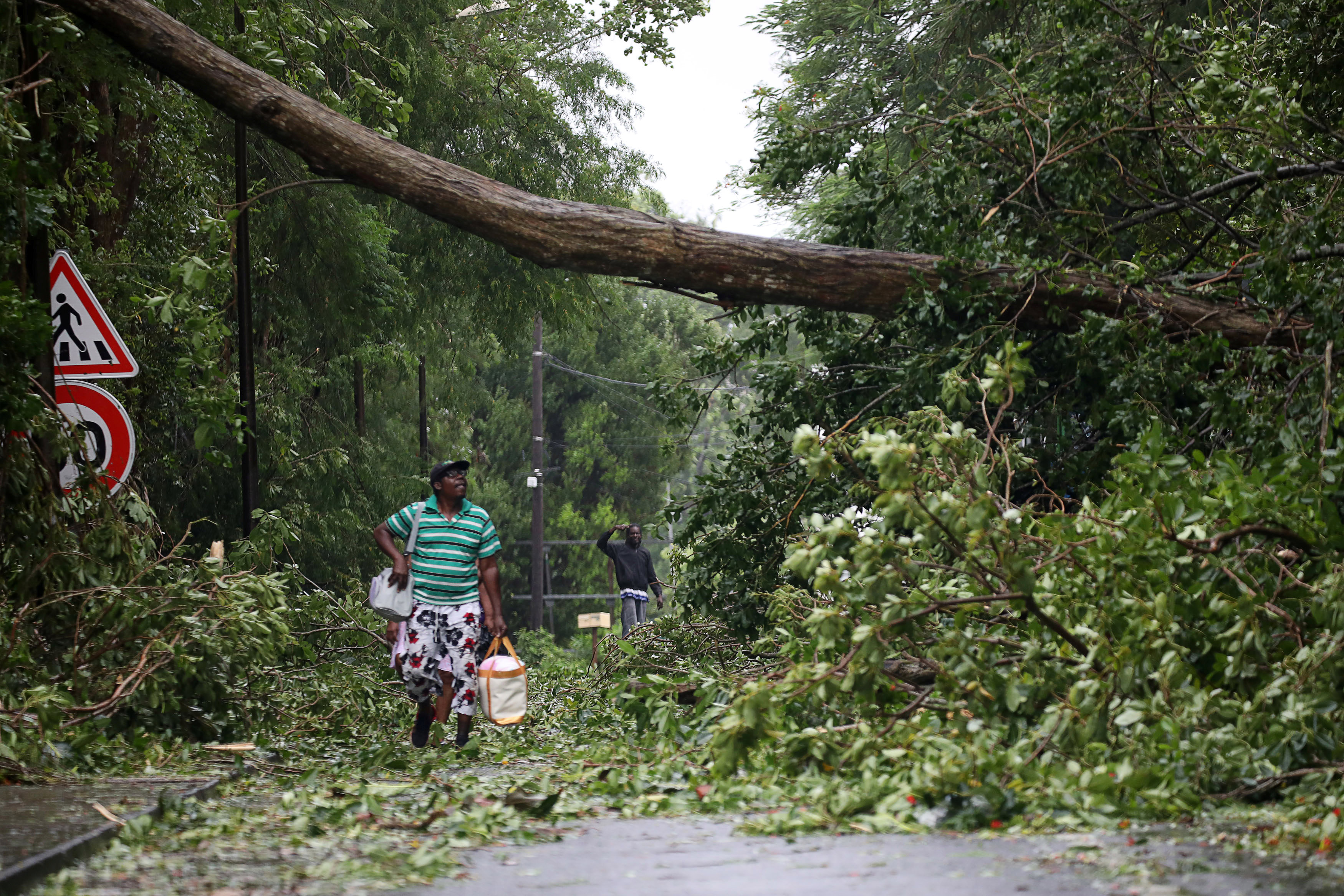 A man looks at a fallen tree as he walks along a street after the passage of Hurricane Maria in Pointe-a-Pitre, Guadeloupe island, France, September 19, 2017. REUTERS/Andres Martinez Casares

Maria is set to be the strongest hurricane to hit Puerto Rico since 1928, when the San Felipe Segundo hurricane made a direct hit on the island and killed about 300 people, the National Weather Service said.

A slow weakening is expected after the hurricane emerges over the Atlantic north of Puerto Rico and the Dominican Republic, the NHC added.

Puerto Rico avoided a direct hit from Irma, but the storm knocked out power for 70 percent of the island, and killed at least three people.

“This is going to be catastrophic for our island,” said Grisele Cruz, who was staying at a shelter in the southeastern city of Guayama. “We’re going to be without services for a long time.”

Puerto Rico is grappling with the largest municipal debt crisis in U.S. history, with both its government and the public utility having filed for bankruptcy protection amid fights with creditors.

North of Dominica, the French island territory of Guadeloupe appeared to have been hit hard. The Guadeloupe prefecture said one person was killed by a falling tree and at least two people were missing in a shipwreck.

Some roofs had been ripped off, roads were blocked by fallen trees, 80,000 households were without power and there was flooding in some southern coastal areas, the prefecture said in Twitter posts. 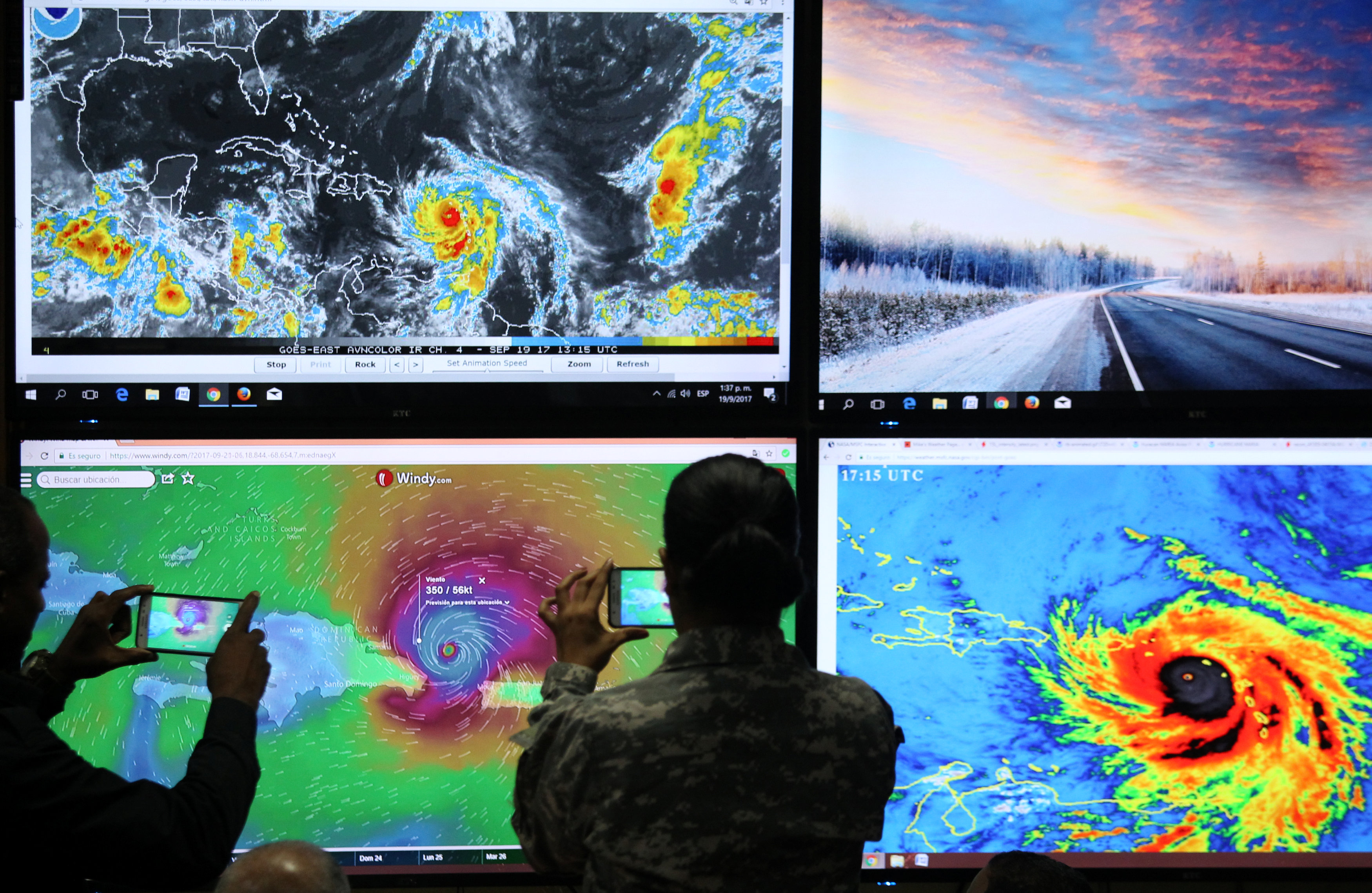