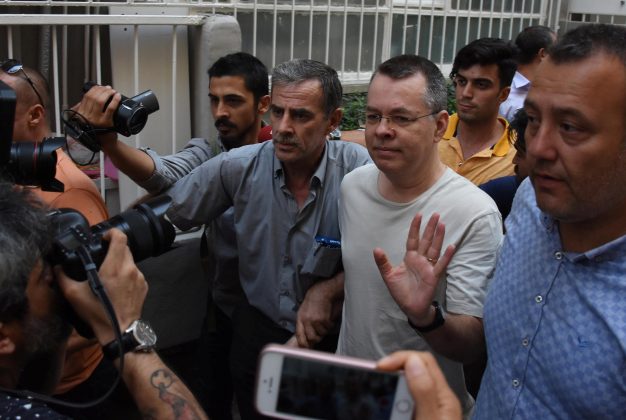 FILE PHOTO - U.S. pastor Andrew Brunson reacts as he arrives at his home after being released from the prison in Izmir, Turkey July 25, 2018. Demiroren News Agency, DHA via REUTERS