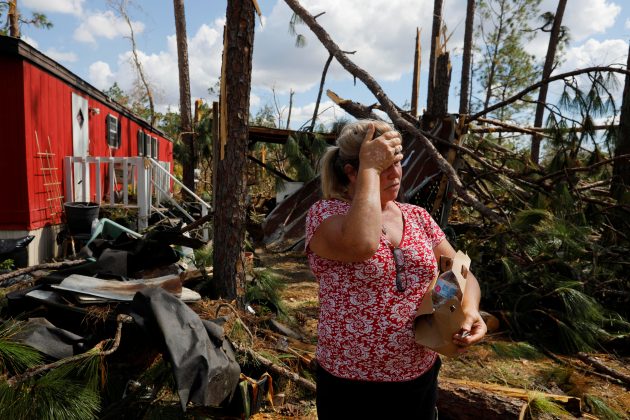 The statistics on a recent emergency preparation survey commissioned by the National Ad Council stated that 60 percent of Americans believe that preparation for natural or man-made disasters is of great importance to them, yet only an astounding 17 percent claim to be completely prepared for an emergency situation.

Regardless of how many massive catastrophes people have seen on the news or heard of from friends or relatives, despite the ad campaigns on preparedness by communities and state governments, the common sense notion of preparing for an emergency gets pushed aside. This can and does have great consequences for whole communities.

In 2016 the US Navy, Coast Guard, and Washington state’s National Guard created a full-scale, nine-day drill to test how well they could respond to a massive earthquake in the Cascadia Subduction Zone. That area covers Vancouver, Seattle, and Portland through northern California.

The 83-page report comes to many deeply concerning conclusions. The authors admit the systems are not ready, infrastructure would collapse, and they’d have a full-blown humanitarian crisis in ten days.

In the summations it was written:

“Through the two-year ramp-up and the culminating functional and full-scale exercises, the following overall conclusions can be drawn:  There is an urgent need for residents to prepare.  Despite the ongoing public education efforts and community preparedness programs, our families, communities, schools, hospitals, and businesses are not prepared for the catastrophic disaster that a worst-case earthquake would cause.”

Emergency management professionals say people do understand that they should prepare for disasters but when it comes to something in life that creates fear and when you have never experienced a disaster situation personally, the human mind will rationalize and think “Those bad things won’t happen to me.” There are others who will also put the thoughts out of their minds and believe that rescue groups will bring what they need to their family in the event that they are in an emergency situation.  The reality of mass disasters proves over and over again that there is never enough help and many times it can be impossible to get to those that are affected because of great damage to roads and infrastructure.

Recently the massive flooding in our country’s breadbasket, caused by incredible storms and mountain snowmelt created islands of muddied silt instead of acres of farmland.  It has been weeks since this event and yet many communities have been without electricity and their water systems because crews are still having trouble getting to them. Worse yet, there have been round after round of intense storms, tornadoes and heavy rains contributing to the flooding of the Mississippi and Missouri Rivers which is impeding the recovery efforts.

Facts are best for combating fear. The weather is an unpredictable force. In the United States alone, we average, 8 hurricanes a year, 2 that are major.  Last year we experienced a whopping 66,535 earthquakes that average at a  2.5 and above. Every season, the U.S. will be pounded by at least 1,154 tornados. In 2018 alone there were 58,083 wildfires. The likelihood that at some time you and your family could be involved in a disaster situation is higher than any of us want to believe.

The responsibility of preparing belongs to every family. There are basics to have on hand that not only will help you survive the worst but give you security when those panicked moments arrive with little time to respond.  Food and water are top on the list along with flashlights, and a source to cook meals. While some emergency personnel recommends only a 72 hour supply, that number is quickly changing due to the increased knowledge found in experiencing these catastrophes to having “at the very least” a two week supply on hand.

A very good resource for what you need for your emergency kits and supplies can be found at Ready.gov.  Professional emergency management teams encourage you to look at the posted guidelines in the same way as you do with your insurance policies.  Become “matter of fact” about the possibilities and simply begin. By taking one step at a time there will be no reason to feel overwhelmed.

If you need inspiration, please read the testimony “It can happen to you” by Evonne Richard. whose family survived the deadly storm April 27th, 2011 in Apison, Tennessee. This town had been home to her for over 30 years with never a tornado or disaster.  The community was wiped out, many dead and the aftermath quite chaotic. But only weeks before the storm, Evonne observed a billboard regarding “How to Prepare” and felt compelled to act on it.  Her story will inspire you to do the same.

We cannot count on government offices nor rescue groups to help us in times of disaster. Most will be overwhelmed.  These unexpected events will continue to come. Together we must learn to count on ourselves to have on hand what we need for survival.  It isn’t a whim, nor is it something to put off. With the statistics of the possibilities that can and will happen to most of us in a lifetime, it makes common sense!!

Morningside believes strongly in the practice of preparing.  We want you to be ready for anything to help your family and your community. In order to stay on the air and support this ministry, Morningside does have special offers of survival items including food, generators, water filtration, and other great items. These items are well researched and in most cases at a reduced price from items you can find online.  Don’t forget that you can also check out PTLshop.com YOUR faith-based shopping network!

Start Preparing!  It is one of the few things in life you will never regret.