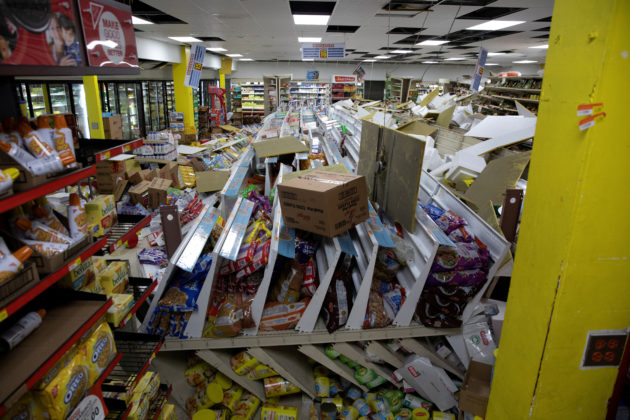 (Reuters) – Puerto Rico will be allowed access to $8.2 billion in blocked disaster aid funding by the U.S. Department of Housing and Urban Development (HUD), Politico reported on Wednesday, citing people familiar with the matter.

The U.S. territory has undergone hundreds of earthquakes and aftershocks since Dec. 28 that have caused structural damage to thousands of buildings and homes.

The quakes have worsened Puerto Rico’s woes as it continues to recover from Hurricanes Maria and Irma in 2017, which killed about 3,000 people, and goes through a bankruptcy process.

“Now that a full financial monitoring team is assembled and active, we can move forward with confidence that these disaster recovery funds will reach those who need them the most,” the Politico report quoted an unnamed HUD official as saying.

U.S. President Donald Trump suggested in July last year that Puerto Rico could not be trusted to manage federal aid, saying it was “in the hands of incompetent people and very corrupt people.”

Access to the funds after all may come as a relief for Puerto Rico after rating agency Moody’s Investors Service said on Tuesday that recent earthquakes posed a setback for the Caribbean island in terms of its economic recovery and ability to retain residents and businesses.

The development followed a letter http://bit.ly/2NtywlS on Tuesday in which Senate Democratic leader Chuck Schumer and several other Senate Democrats asked the Trump administration to approve full aid to Puerto Rico.

The HUD did not immediately respond to a Reuters request for comment outside regular working hours.

(Reporting by Kanishka Singh in Bengaluru; Editing by Mark Heinrich)