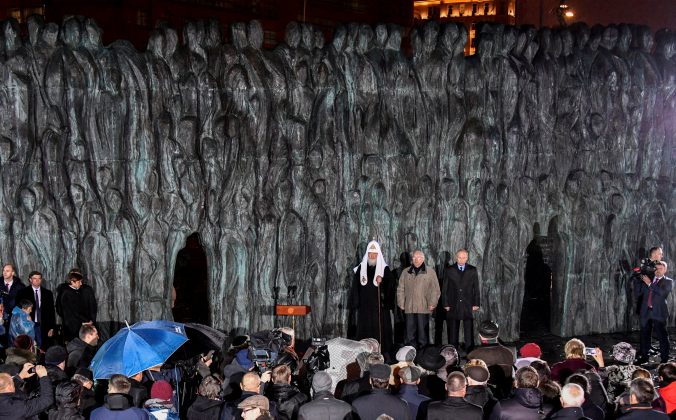 MOSCOW (Reuters) – President Vladimir Putin inaugurated a monument to the victims of Stalinist purges on Monday, but Soviet-era dissidents accused him of cynicism at a time when they say authorities are riding roughshod over civil freedoms.

“The Wall of Grief” occupies a space on the edge of Moscow’s busy 10-lane ring road and depicts a mass of faceless victims, many of whom were sent to prison camps or executed on Josef Stalin’s watch after falsely being accused of being “enemies of the people.”

Nearly 700,000 people were executed during the Great Terror of 1937-38, according to conservative official estimates.

“An unequivocal and clear assessment of the repression will help to prevent it being repeated,” Putin said at the opening ceremony.

“This terrible past must not be erased from our national memory and cannot be justified by anything.”

His words and the ceremony amounted to one of his strongest condemnations of the Soviet Union’s dark side in the 18 years he has dominated Russia’s political landscape.

Putin has in the past called Stalin “a complex figure” and said attempts to demonise him were a ploy to attack Russia. But at Monday’s ceremony, he said there were lessons for Russia.

“It doesn’t mean demanding accounts be settled,” said Putin, who stressed a need for stability. “We must never again push society to the dangerous precipice of division.” 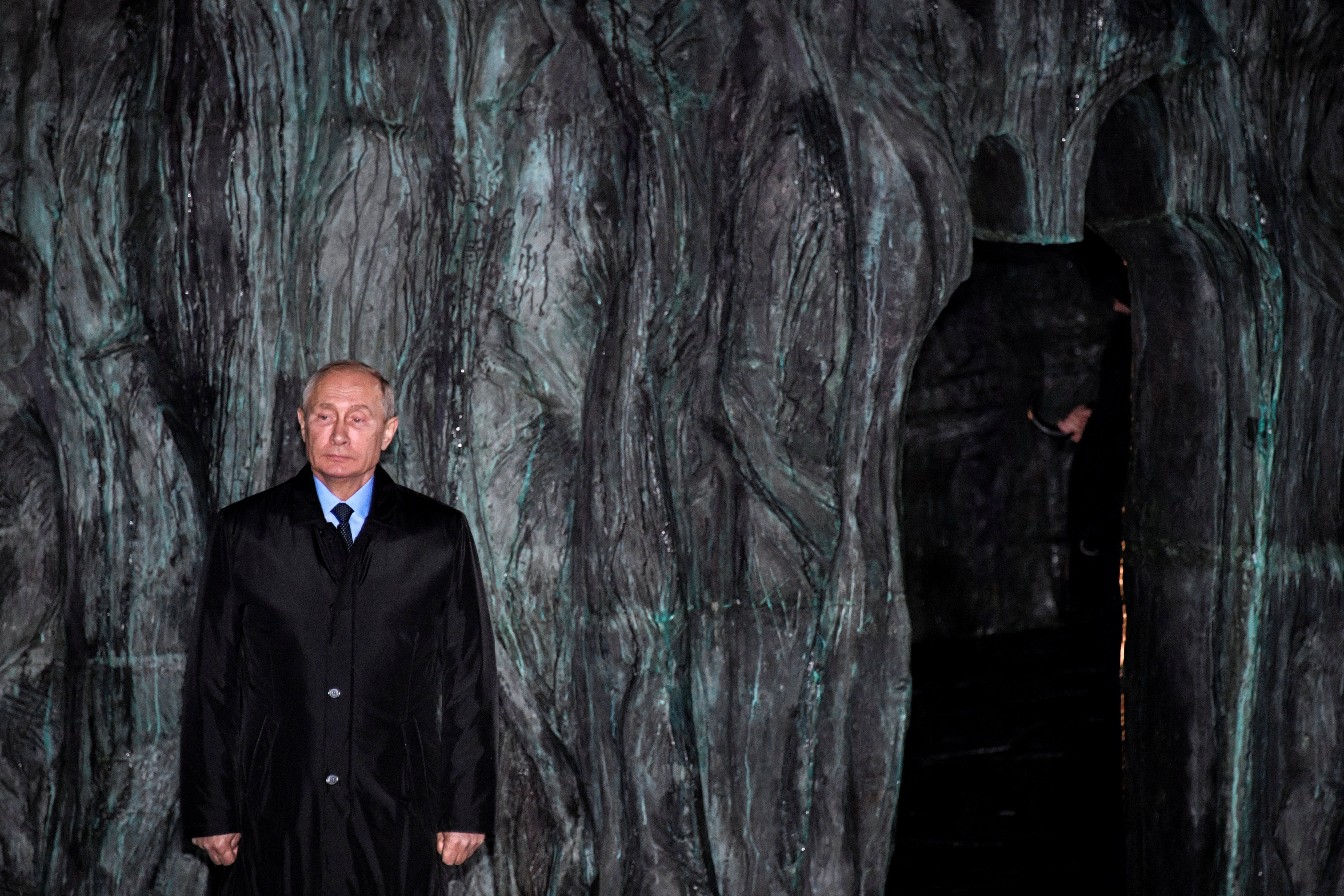 Putin’s carefully balanced words reflect Kremlin unease over this year’s centenary of the 1917 Bolshevik Revolution, which paved the way for Stalin’s rise. Uncomfortable about promoting discussion of the idea of governments being overthrown by force, the Kremlin is not organizing any commemorative events.

Putin, who is expected to run for and win the presidency again in March, told human rights activists earlier on Monday that he hoped the centenary would allow society to draw a line under the tumultuous events of 1917 and to accept Russia’s history – “with great victories and tragic pages”.

Yet some historians fret that what they say is Putin’s ambiguity about Stalin along with Russia’s 2014 annexation of Ukraine’s Crimea have emboldened Stalin’s admirers.

Monuments and memorial plaques honoring Stalin have sprung up in different Russian regions. State-approved textbooks have softened his image, and an opinion poll in June crowned him the country’s most outstanding historical figure.

By contrast, those who have helped document Stalin’s crimes, from the Memorial human rights group to individual historians and journalists, have sometimes felt themselves under pressure from the authorities.

A group of Soviet-era dissidents published a letter on Monday, accusing Putin of cynicism.

“We … consider the opening in Moscow of a monument to victims of political repression untimely and cynical,” they said in the letter, published on the Kasparov.ru news portal.

“It’s impossible to take part in memorial events organized by the authorities who say they are sorry about victims of the Soviet regime, but in practice continue political repression and crush civil freedoms.”