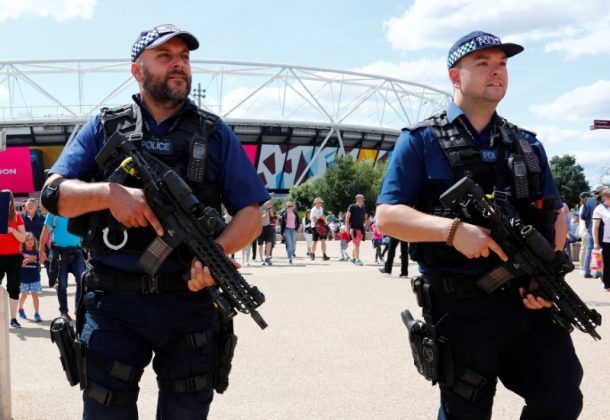 LONDON (Reuters) – Referrals by members of the public to the British government’s counter-terrorism scheme have doubled since militants launched deadly attacks earlier this year in London and Manchester, a senior police official said on Wednesday.

Simon Cole, the National Police Chief Council’s lead spokesman on deradicalization efforts, said police had received around 200 referrals to the strategy known as “Prevent” from members of the public since March when Britain suffered the first of four deadly attacks.

Officials said that this figure was around twice the numbers of referrals that “Prevent” representatives around Britain had received in the months prior to the attacks.

“Even though these referrals from the public are increasing, we still need more people to have the confidence to tell our safeguarding experts if they are worried about someone’s behavior,” Cole told reporters.

Prevent has long been the most controversial strand of the government’s attempts to stop Britons from becoming involved in violent extremism following its introduction in the wake of the July 2005 suicide bombings by four British Islamists on London’s transport network.

Many Muslims believe it has been used as a tool to spy on their communities rather than simply sway potential militants from becoming radicalised.

Cole’s comments are the latest attempt by senior officers to try to reassure the public about Prevent and come days after Dean Haydon, the officer who heads up London’s Counter Terrorism Command, said it had achieved “fantastic results” and that criticism was based on ignorance.

“All of us involved in Prevent need to work to improve that public confidence and understanding, challenging damaging myths and be more transparent in our approach,” Cole said. “We would rather people show concern before something happens.”

Cole said the number of referrals made to “Prevent” by members of the public was still relatively low, with 500 made in 2016 and 2017 compared to an annual total of about 6300. The other referrals were made by government or police bodies or other public organizations.

The program had helped the authorities stop about 150 people from traveling to Syria in the past year, Cole said, adding about 55 to 60 percent of referrals were related to possible involvement by British individuals with Islamic State militants.

However, another 15 percent were related to right-wing extremism. Officials said that the number of referrals about suspected right-wing extremists had doubled since the murder last June of British lawmaker Jo Cox, who was killed by a loner obsessed with Nazis and white supremacist ideology.