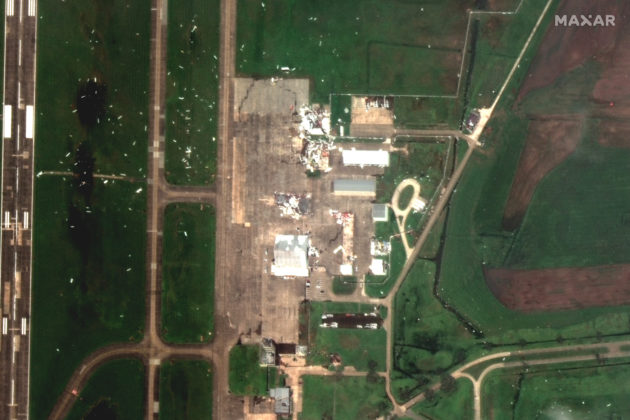 (Reuters) – The remnants of Hurricane Laura were dousing Arkansas on Friday morning and due to bring rain to the East Coast over the weekend.

Now a tropical depression, Laura had proved less damaging than feared, despite arriving in Louisiana this week as one of the most powerful hurricanes recorded in the United States.

The storm killed at least six people in Louisiana, including four who were killed when trees fell into homes, damaged buildings in Louisiana and Texas and knocked out power for hundreds of thousands of residents.

U.S. President Donald Trump is expected to head to the Gulf Coast over the weekend to survey the damage.

The storm was forecast to drop heavy rain over Arkansas, Mississippi, Alabama, Tennessee, Missouri and Kentucky as it headed out to the East Coast, the National Weather Service said.

At its peak upon making landfall on Thursday morning, Laura had maximum sustained winds of 150 miles per hour (241 km per hour), faster than even Hurricane Katrina, which sparked deadly levee breaches in New Orleans in 2005 after arriving with wind speeds of 125 mph.

What would have been a dangerous 20-foot (6-m) storm surge that forecasters had predicted could move 40 miles (64 km) inland was avoided when Laura tacked east just before landfall, Louisiana Governor John Bel Edwards said. That meant a mighty gush of water was not fully pushed up the Calcasieu Ship Channel, which would have given the storm surge an easy path far inland.