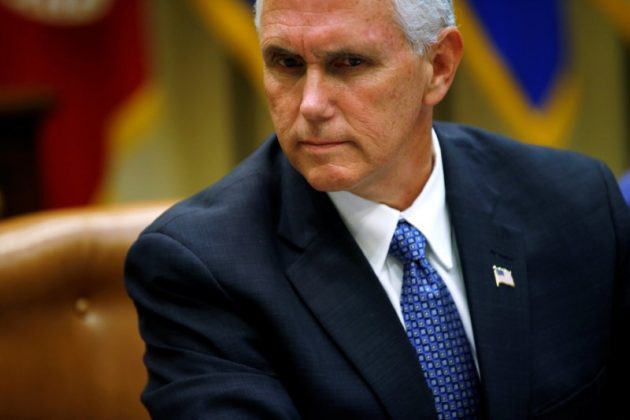 WASHINGTON (Reuters) – Republican leaders are in a frenzied push to shore up support for a healthcare bill in the U.S. Senate after a non-partisan congressional office said on Monday it would cause 22 million Americans to lose insurance over the next decade.

Vice President Mike Pence is expected to travel to Capitol Hill on Tuesday to join Senate Republicans for a policy lunch before hosting a key conservative senator for dinner.

Senate Majority Leader Mitch McConnell will continue meeting on-the-fence senators facing questions from their governors and state Medicaid offices about the bill’s cuts to the government insurance program for the poor and disabled, lawmakers said.

The Congressional Budget Office (CBO) analysis on Monday prompted Senator Susan Collins, a key moderate vote, to say she could not support moving forward on the bill as it was written.

Further, Collins, Paul and Johnson, along with Senator Dean Heller, have all said they will oppose a procedural motion that would allow McConnell to move forward and bring the bill up for a vote. Heller, a moderate Republican up for re-election next year in Nevada, is already facing political fallout after a group started by former campaign aides to President Donald Trump and Pence promised to run ads against him.

The overlapping concerns and competing interests of the lawmakers highlights the balancing act facing McConnell as he tries to unify his party and deliver a legislative win to the president.

Trump – and most Republicans in Congress – were elected on campaign pledges to repeal and replace Obamacare, Democratic President Barack Obama’s signature 2010 law that extended insurance coverage to some 20 million Americans. The pressure is on for them to deliver now that they control the White House, House of Representatives and Senate.

McConnell’s goal was to vote on the bill before the July 4 recess that starts at the end of this week. He can afford to lose just two Republican senators from their 52-seat majority in the 100-seat Senate to pass healthcare, with Pence casting the tie-breaking vote.

Moderate senators are concerned about millions of people losing insurance. Conservative senators have said the Senate bill does not do enough to repeal Obamacare.

The CBO is only able to assess the impact of legislation within a 10-year window, but it said insurance losses were expected to grow beyond 22 million due to deep cuts to Medicaid that are not scheduled to go into effect until 2025. The CBO estimated it would decrease the budget deficit by $321 billion between 2017 and 2026.

If the Senate passes a bill, it will either have to be approved by the House, which passed its own version last month, or the two chambers would have to reconcile their differences in a conference committee. Otherwise, the House could pass a new version and bounce it back to the Senate.