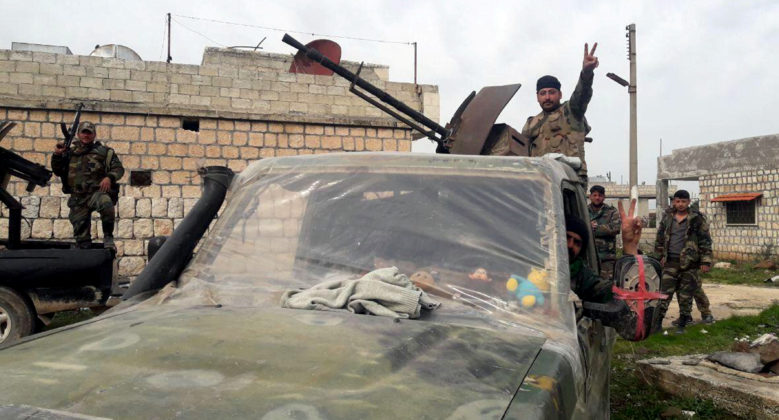 By Suleiman Al-Khalidi and Jonathan Spicer

AMMAN/ISTANBUL (Reuters) – Deadly clashes erupted in parts of northwest Syria on Friday but a ceasefire deal between Russia and Turkey aimed at ending months of intense conflict was largely holding elsewhere in the country’s last rebel-held enclave.

A war monitor and rebel sources said the fighting broke out in the Jabal al-Zawiya region in the south of Idlib province between Syrian government forces and jihadist insurgents of the Turkistan Islamic Party. Fifteen people were killed, the Syrian Observatory said.

Residents and opposition forces said the violence had abated elsewhere.

The clashes, while limited, underline the fragility of Thursday’s deal between Russia, which backs President Bashar al-Assad’s forces, and Turkey. Ankara supports rebel fighters but has less sway over hardline jihadists who control large parts of Idlib.

The ceasefire aims to contain a conflict that has displaced nearly a million people in three months in Idlib, which borders Turkey. But analysts and residents said they feared it would not hold in part because it did not address the humanitarian crisis nor air protection in any detail.

“The deal is a failure and a joke,” said Amar Ahmed, 32, a farmer who has been displaced for nearly two months and lives in a destroyed building. “We want to go back home, to our lands, and for the (Assad) regime to leave our home towns.”

“There may be criticism but our priority was for a ceasefire and we achieved it. Some goals were not reached but that goes for both sides,” a senior Turkish official said.

The recent fighting sparked what the United Nations says may be the worst humanitarian crisis yet in a war that has driven millions from their homes and killed hundreds of thousands.

Turkey, which has the second largest army in the transatlantic NATO alliance, has tried to resist the Syrian government advance and prevent a wave of refugees over its southern border. It already hosts 3.6 million Syrian refugees.

Russia had repeatedly played down any talk of a refugee crisis and accused Turkey of violating international law by pouring troops and equipment into Idlib since early last month. About 60 Turkish troops have been killed in that time.

Several previous deals to end the fighting in Idlib have collapsed. The latest one did not detail a “safe zone” or describe how displaced people could return to their homes.

“Any ceasefire arrangement in Idlib, unless it has a no-fly zone dimension, is bound to fail. Deals in the past never de-escalated. They merely froze the crisis until the next escalation,” said Galip Dalay, IPC-Mercator fellow at the German Institute for International and Security Affairs.

Ahead of a meeting of European Union foreign ministers in Zagreb, Dutch minister Stef Blok said the ceasefire should be cemented with a no-fly zone to stop any further bombing of hospitals.

Russian President Vladimir Putin said on Thursday he hoped the deal “will serve as a good basis for a cessation of military activity in the Idlib de-escalation zone”.

Erdogan said the sides would work together to supply aid to Syrians in need, but that Turkey retained the right to “respond to all (Syrian) regime attacks in the field.”

Residents and fighters in the region said the front lines – which have seen heavy air strikes by Russian and Syrian jets, and intense Turkish artillery and drone strikes – were largely quiet after the midnight ceasefire came into effect.

“There is a ceasefire but there are violations,” said Abdul Ghani al Sheikh, a rebel fighter from the Turkey-backed Failaq Sham rebel group. He said government forces were shelling Jabal al Zawya and Atareb, to the south and east of Idlib.

“But the situation overall is better. Everyone thinks this is all temporary and Turkish reinforcements are still coming,” he added.

The Syrian Observatory for Human Rights monitoring group reported that the first eight hours of the ceasefire had passed with “relative calm”, and the skies had been free of Syrian government and Russian warplanes.

A Syrian state reporter, broadcasting from the town of Saraqeb recaptured by Syrian forces last week, said they were reinforcing positions at the front lines.

Naji Mustafa, spokesman for a coalition of rebel factions called the National Liberation Front, said government forces had violated the ceasefire with shelling and attempts to storm a front line, leaving little trust between the sides.

Ahmad Rahhal, a former general in Syria’s government forces who defected to the opposition, said: “There is no pullout, and where will the displaced go (who) would never accept going to (Assad) regime areas? What we have heard is not comforting.”