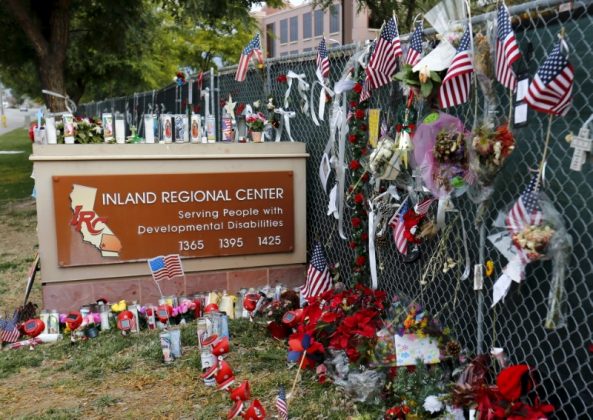 Mariya Chernykh, 26, became the second person convicted in an immigration fraud scheme linked to the December 2015 massacre by Syed Rizwan Farook and his Pakistani-born wife, Tashfeen Malik, who authorities said were inspired by Islamic extremism.

The man she admitted paying to marry her, Enrique Marquez Jr., is charged with furnishing two assault rifles used in the shooting rampage by Farook, a U.S. native of Pakistani descent, and Malik, whom he married in 2014 in Saudi Arabia.

The couple were killed in a gunfight with police four hours after the massacre.

Marquez also is accused of having plotted with Farook to stage similar shooting attacks in the suburbs east of Los Angeles in 2011 and 2012 that were never carried out. He is scheduled to go on trial on Sept. 26.

Farook’s brother, Syed Raheel Farook, 31, pled guilty to a single count of conspiracy to commit fraud earlier this month, admitting that he lied on immigration forms that paved the way for Chernykh, his wife’s sister, to engage in a fraudulent marriage to Marquez.

Chernykh, a Russian citizen, pled guilty to charges of conspiracy, perjury and making false statements, and now faces a maximum penalty of 20 years in prison and a $1 million fine when she is sentenced in November, according to a statement by the U.S. Attorney’s Office in Los Angeles. Her would-be brother-in-law, Raheel Farook, could receive up to five years in prison.

His wife, Tatiana Farook, a third defendant in the immigration fraud case, is slated to go on trial in March.

The slaying of Rizwan’s Farook’s co-workers at a holiday office party on Dec. 2, 20015, ranks as one of the deadliest attacks by Islamist militants in the United States since the Sept. 11, 2001, al Qaeda attacks on New York and Washington.

In addition to acknowledging in court on Thursday that she falsified immigration documents and paid Marquez to participate in the sham marriage, Chernykh admitted making false statements to federal investigators in the immediate aftermath of the San Bernardino attack, authorities said.