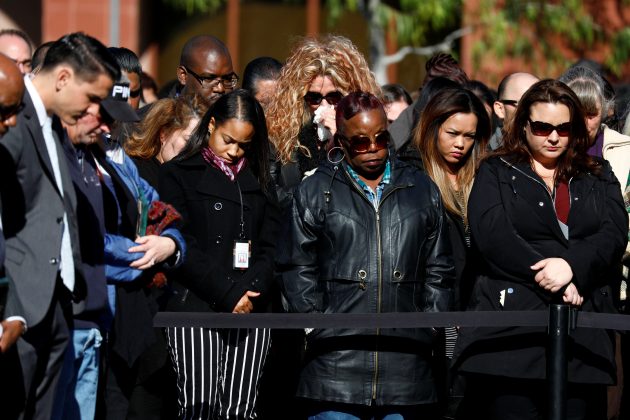 Attendees bow their heads during a memorial event at the Inland Regional Center on the one year anniversary of the San Bernardino attack in San Bernardino, California, U.S. December 2, 2016. REUTERS/Patrick T. Fallon

SAN BERNARDINO, Calif. (Reuters) – The sound of a bell tolled through loudspeakers on Friday outside a building in Southern California, ringing once for each of the 14 people killed in a mass shooting by Islamist militants one year ago at the site.

More than 200 workers at the Inland Regional Center, a complex in San Bernardino, stood with their heads bowed to mark a moment of silence punctuated by the bell tones.

Many of the same people were at their jobs on Dec. 2, 2015, when married couple Syed Rizwan Farook, 28, and Tashfeen Malik, 29, opened fire in a conference building at the complex during a holiday party and training session for San Bernardino County employees, who were Farook’s co-workers.

It was one of the deadliest acts of violence by militants in the United States since the Sept. 11, 2001, hijacked plane attacks. Twenty-two people were also wounded in San Bernardino.

The ceremony outside the large conference building, which has sat empty behind a chain link fence since the shooting, was one of a day-long series of events in San Bernardino. 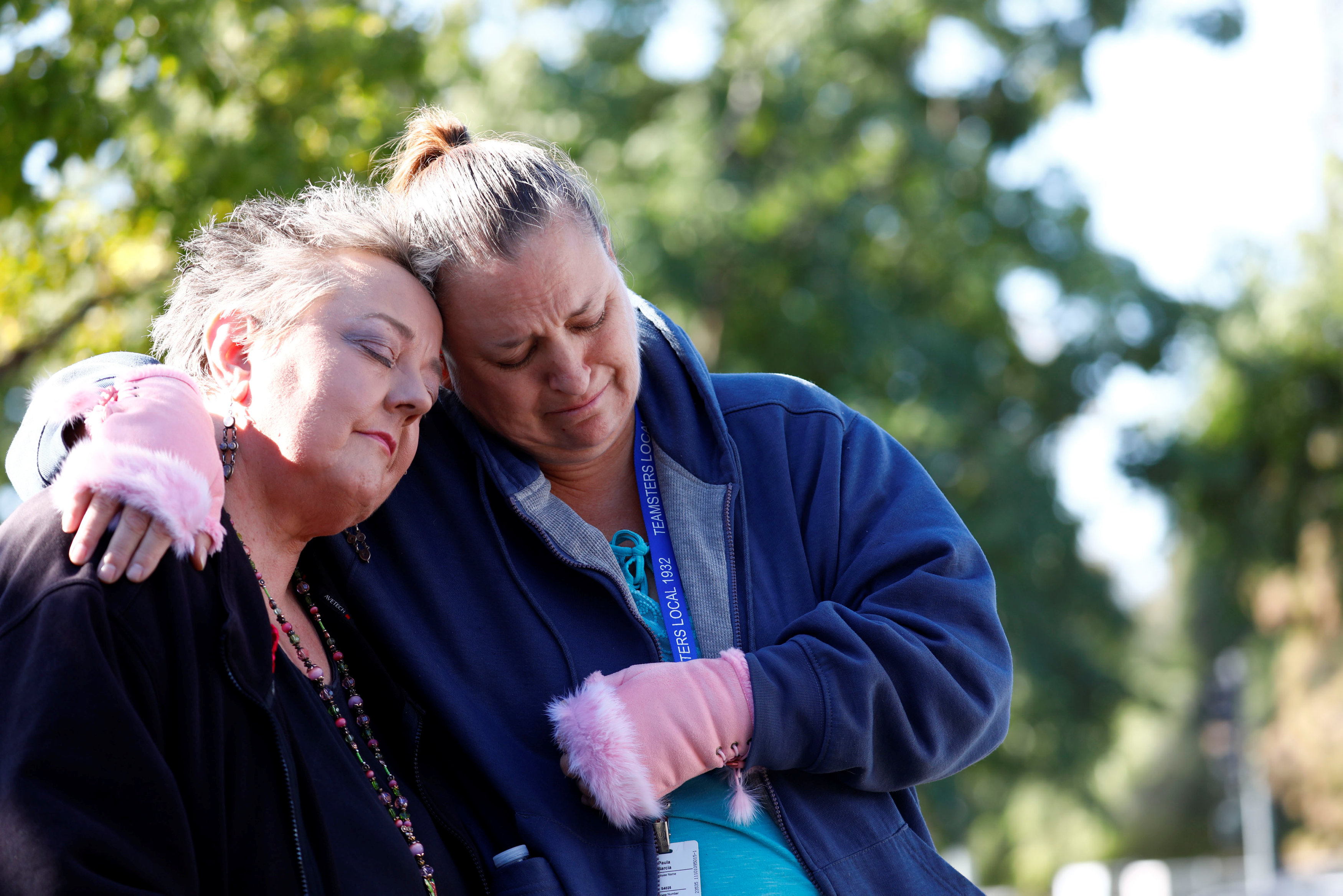 A private ceremony was organized for family members of victims and survivors of the attack, according to San Bernardino County spokesman David Wert.

The U.S.-born Farook and Malik, a native of Pakistan, died in a shootout with police four hours after the massacre. Authorities have said they were inspired by Islamist extremism.

“Somebody that would take hate and internalize it to such a degree that they felt that they were going to do something that would promote their agenda at the expense of so many innocent people, I was certainly saddened by that,” San Bernardino Mayor R. Carey Davis said on Friday.

FBI investigators are still seeking to answer key questions, such as the location of the married couple’s computer hard drive.

In another symbolic act on Friday, dozen of bicyclists, including many police officers, participated in a bicycle ride of 14 miles (23 km), one mile for each person killed.

In the evening, another San Bernardino event was expected to draw at least 2,000 participants to an arena.