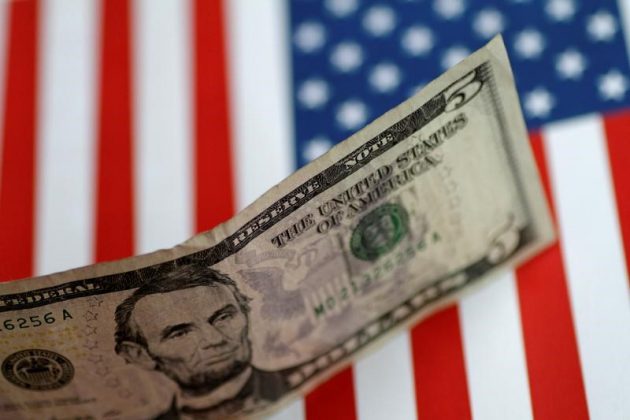 LONDON (Reuters) – The dollar retreated slightly after disappointing U.S. jobs growth data on Friday though world stocks clung on to record highs, having gained 11 percent so far this year.

While the job gains could still be sufficient for the Federal Reserve to raise interest rates this month, the modest increase could raise concerns about the economy’s health after growth slowed in the first quarter.

“This number is not the kind of report that derails the Fed from raising rates in June,” said Tom Porcelli, chief U.S. economist at RBC Capital Markets in New York.

“We’re in a mature phase of the cycle, job growth is going to slow down. The Fed has been talking about this for over a year at this point and they are braced for that reality.”

The dollar index <.DXY>, which measures the greenback’s strength against a basket of major currencies, fell 0.3 percent.

Overnight, data showing a healthy uptick in private sector hiring and factory activity during May bolstered expectations that the U.S. economy was picking up speed and lifted U.S. stocks after two days of losses.

Those gains filtered through to global stocks, lifting the MSCI All-Country World index <.MIWD00000PUS> 0.4 percent to a record high and on track to post a seventh straight week of gains, the longest such run since 2010.

Stocks in Europe joined the party with German bluechips powering ahead to a record, up 1.6 percent. The UK’s FTSE 100 <.FTSE> also hovered near its highest-ever levels rose 0.4 percent.

So far this year investors have pumped $140 billion globally into stock funds, according to fund flow data from Bank of America Merrill Lynch and EPFR showed on Friday.

Global equities attracted $13.7 billion in the latest week to Wednesday, the largest inflows in five weeks, as investors loaded up on risk.

In commodities, however, oil prices resumed their slide with key futures contracts down more than 2 percent amid worries that U.S. President Donald Trump’s decision to abandon a global climate pact could spark more crude drilling in the United States, stoking a persistent glut in global supply.

Global benchmark Brent crude futures <LCOc1> fell to $49.63 a barrel, while U.S. West Texas Intermediate crude <CLc1> by more than a dollar to $47.36 per barrel.