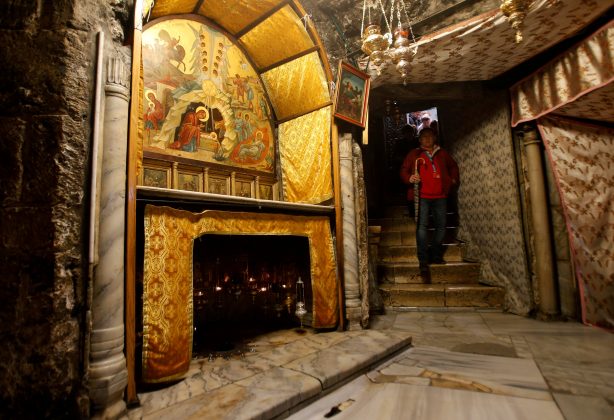 A visitor walks in the cave, where Virgin Mary is believed to have given birth to Jesus, inside the Church of the Nativity in the West Bank town of Bethlehem December 12, 2017. REUTERS/Mussa Qawasma 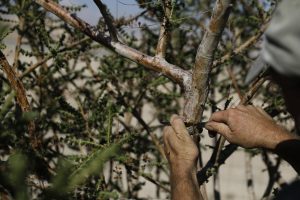