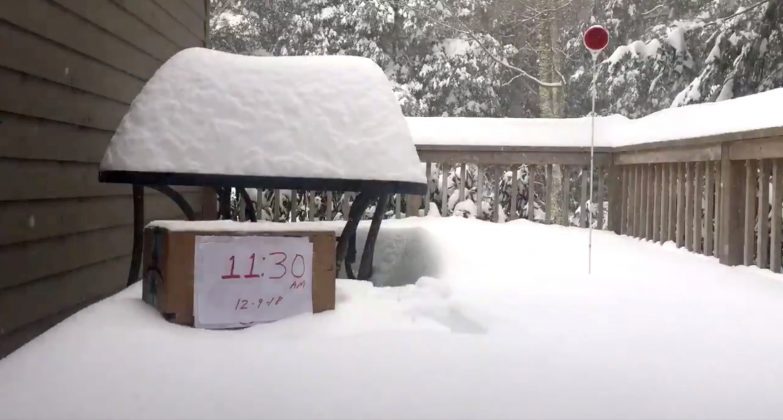 ATLANTA (Reuters) – An intense snowstorm was easing up on Monday after it dumped up to two feet of snow in Virginia, left one motorist dead in North Carolina and cut off power for more than 300,000 people in the U.S. southeast.

The storm headed out to sea but the region will stay cold this week, the U.S. National Weather Service said. 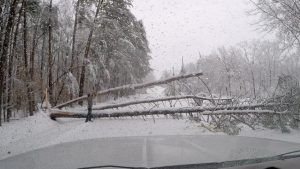 Motorists in northern Georgia, the Carolinas and Virginia can expect snow and ice to taper off on Monday, NWS meteorologist Bob Oravec said.

“It’s fairly light and some of it is actually mixing with rain in North Carolina, so it won’t be as bad as it was in the last 24 hours,” Oravec said.

The storm dropped its heaviest snow in the appropriately named Whitetop, Virginia, tucked in the Appalachian Mountains along the western end of the Virginia-North Carolina border, the NWS said. Whitetop received two feet (60 cm) of snow, while Greensboro, North Carolina saw 16 inches (41 cm) and Durham, North Carolina got 14 inches (36 cm).

“Some of the higher totals occurred in higher elevations, but there were high totals in the more populated area of North Carolina as well,” Oravec said.

A motorist died and a passenger was injured in Matthews, North Carolina, on Sunday when a tree fell on their vehicle as it was traveling, causing the driver to plow through the front lawn of a church and slam into the building, Matthew police officials said in a statement.

In Kinston, North Carolina, divers searched for a driver whose 18-wheeler was found in a river, an NBC affiliate in Raleigh reported.

More than 300,000 customers were without power in the Carolinas, Tennessee and Virginia, Poweroutage.us reported.

The storm prompted more than 1,000 flight cancellations at Charlotte/Douglas International Airport, the sixth-busiest airport in the country, and other airports across the region, according to flight-tracking website FlightAware, early Monday.

North Carolina Governor Roy Cooper said on Sunday a state of emergency would remain in effect and the North Carolina National Guard had been activated to help with the response.

(Additional reporting by Gina Cherelus and Maria Caspani in New York and Brendan O’Brien in Milwaukee; Editing by Scott Malone and Steve Orlofsky)