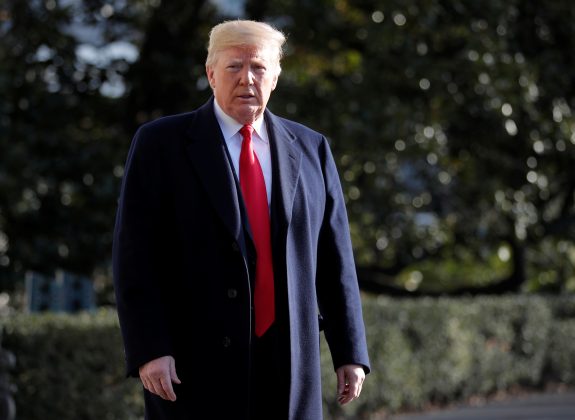 U.S. President Donald Trump walks to speak to the press before departing the South Lawn at the White House in Washington, U.S., December 7, 2018. REUTERS/Jim Young

WASHINGTON (Reuters) – President Donald Trump signed a budget extension on Friday that will keep the U.S. government open for two more weeks, according to the White House.

Before the extension expires on Dec. 21, the Republican-led Congress is expected to consider a $450 billion bill to fund government agencies through the fiscal year that ends next Sept. 30.

Trump has demanded $5 billion this year as part of his plan to build a wall on the border with Mexico and has threatened to force a partial government shutdown if Congress does not provide the money. Democrats, who will take control of the House of Representatives in January and have greater say over federal spending, argue the wall would be ineffective at keeping out illegal immigrants and illicit drugs.