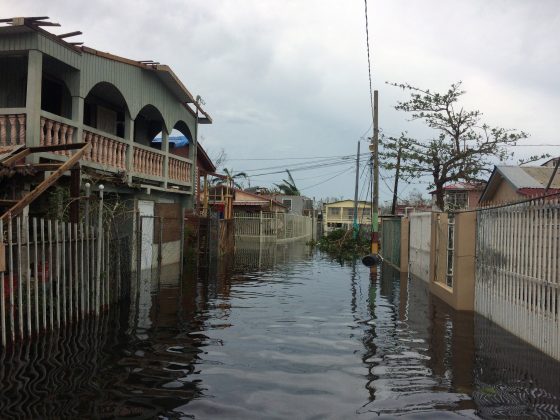 Lying southwest of the capital San Juan, the Juana Matos neighborhood in Catano municipality took a huge hit from Maria after the storm slammed winds of up to 155 mph (249 kmh) into Puerto Rico early on Wednesday, destroying or damaging an estimated 80 percent of housing in the working-class barrio.

The storm, the second Category 5 hurricane to batter the Caribbean this month, claimed at least 32 lives across the region, including 15 in Puerto Rico, and shut down power and communications across the island of 3.4 million people.

By Thursday, Maria’s floodwaters had turned the heart of the predominantly wood-built Juana Matos barrio into a series of waterways more suited to boats than walking.

“It’s like we’re in Venice,” said 69-year-old steel worker Joaquin Rebollo, looking out across a broad channel that is normally teeming with cars. “It was a really bad experience, really bad. I almost died of fright.”

Pitching the roof off his home and dozens of others in the area, Maria began to work through the wiring around the house as darkness descended across the island.

“It was like (Maria) was chewing the cables,” he said, vividly making as if to bite through power lines with his teeth.

Opposite him, residents trudged up to their knees in waters covering what was the main highway connecting Catano with the municipality of Bayamon further south.

Rebollo and many neighbors left their homes in the hope the flooding that rose to four feet in some areas would recede.

Houses locked for the storm were stripped of roofs or walls. Stranded cars stood half-sunk in driveways and satellite dishes tilted towards the sky to receive signals that had gone.

“I peeked my head out during the storm and felt the wind – and saw the wood, the roof, and the windows in the air,” said Domingo Avilez, 47, who took cover inside a small cement stock room beneath his mother’s house when Maria struck.

By the end, the stock room was the only room left.

Local officials estimate upwards of 2,000 people live in Juana Matos, and many too old or unwilling to evacuate watched from upper floors as the floodwaters turned streets into stagnant canals that seeped through their homes.

“These are the works of God, so there’s nothing you can do,” Santos said, reflecting the faith evident among many Puerto Ricans hit by Maria just days after Hurricane Irma left.

Even those on the edge of the flood-prone barrio in homes high enough to avoid shipping huge quantities of water suffered brutal incursions.

Magdalena Oliveras, a 52-year-old housewife, showed the twisted metal blinds of her two-meter high washroom window she said had been mangled by a deluge from a nearby building.

Lidia Espinal, 57, a longtime Juana Matos resident from the Dominican Republic, suffered a double blow on Wednesday morning before phone lines went down with a call from her homeland to say her younger brother had suffered a fatal heart attack.

But Maria’s presence meant she could not travel back.

“I lost everything in my house, the good things, the roof, the windows. The stove is full of water,” she said. “But the death of my brother taught me that we can’t hold on to material things. Because life does not come back.” 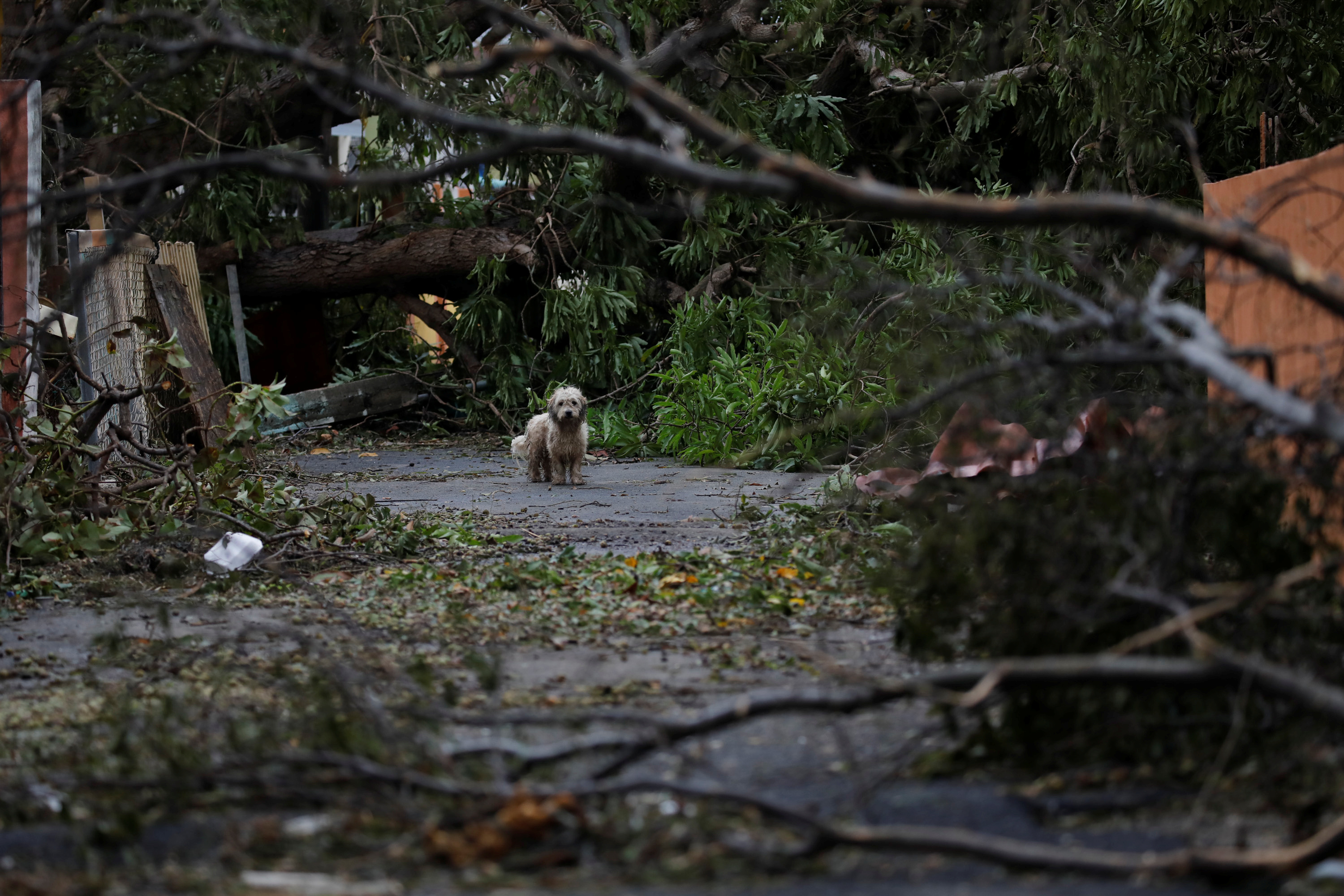 A dog stands next to fallen trees and damaged houses after the area was hit by Hurricane Maria in Salinas, Puerto Rico September 21, 2017. REUTERS/Carlos Garcia Rawlins