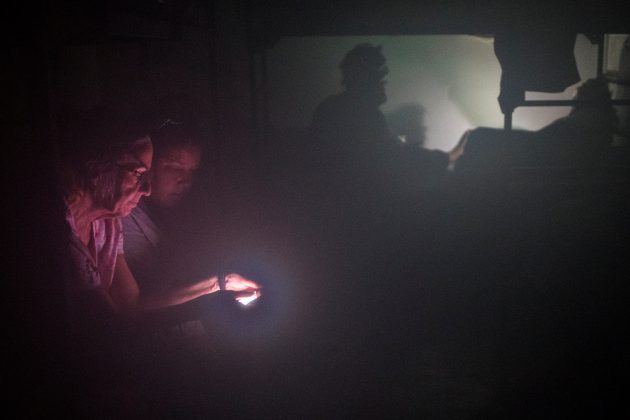 Women are illuminated by the light of a smart phone as they seek refuge in the Good Samaritan Rescue Mission in Corpus Christi. REUTERS/Adrees Latif