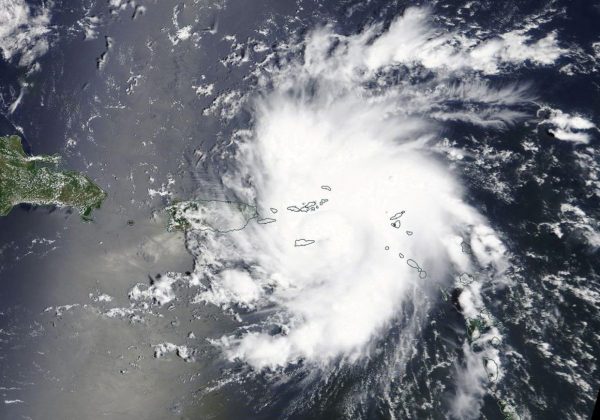 Hurricane Dorian is shown in this photo taken by NASA's Terra satellite MODIS instrument as it nears St. Thomas and the U.S. Virgin Islands as it continues its track toward Florida's east coast August 28, 2019. NASA Worldview, Earth Observing System Data and Information System (EOSDIS)/Handout via REUTERS