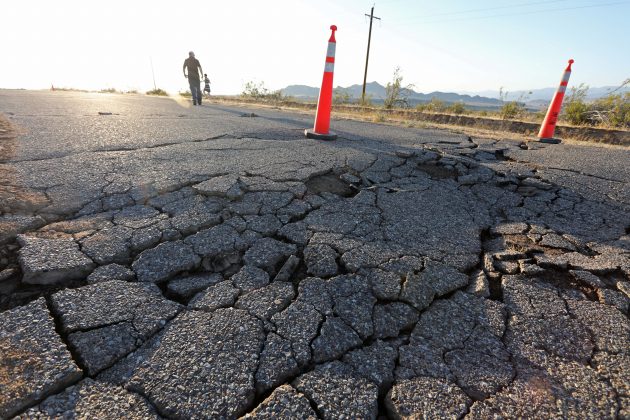 Fissures that opened up under a highway during a powerful earthquake that struck Southern California are seen near the city of Ridgecrest, California, U.S., July 4, 2019. REUTERS/David McNew