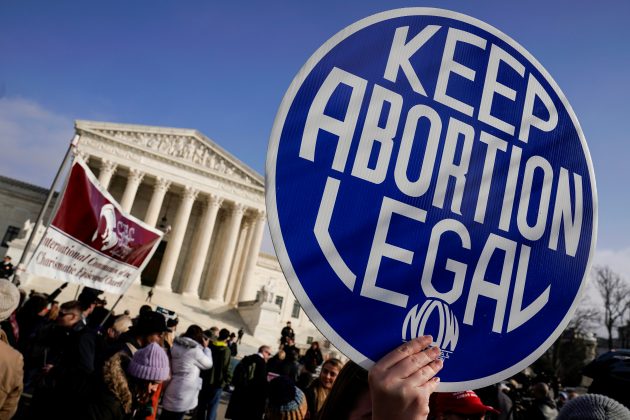 WASHINGTON (Reuters) – A divided U.S. Supreme Court on Thursday stopped a Louisiana law imposing strict regulations on abortion clinics from going into effect in its first major test on abortion since the retirement of Justice Anthony Kennedy last summer.

The court on a 5-4 vote granted an emergency application by Shreveport-based abortion provider Hope Medical Group for Women to block the Republican-backed law from going into effect while litigation continues.

The four liberal justices were joined by conservative Chief Justice John Roberts in the majority, suggesting that Roberts, as Kennedy used to be, is now the key vote on the issue.

Hope Medical Group challenged the law’s requirement that doctors who perform abortions must have an arrangement called “admitting privileges” at a hospital within 30 miles (48 km) of the clinic.

Kavanaugh, writing for himself, said it was not clear whether doctors would be unable to obtain the admitting privileges were the law to go into effect. He said that he would have favored allowing them to bring a later legal challenge if their efforts were unsuccessful.

The Center for Reproductive Rights, an abortion-rights group that represents the challengers, said the law could lead to the closure of two of the three abortion clinics operating in Louisiana, a state of more than 4.6 million people.

The law was passed in 2014 but courts had prevented it from going into effect. The Supreme Court itself blocked the law in 2016, two days after hearing another major case involving a similar Texas law that the justices struck down months later.

Kennedy, a conservative who retired in July 2018, had voted to preserve abortion rights in 1992 and again in the 2016 Texas case.

Roberts was a dissenter in the 2016 case, but his vote on Thursday, for now, suggests the court is not retreating from that precedent.

Kavanaugh is one of two Trump appointees who are part of the court’s 5-4 conservative majority, along with Neil Gorsuch.

The Supreme Court recognized a woman’s constitutional right to an abortion and legalized the procedure nationwide in the landmark 1973 Roe v. Wade ruling.

The court on Feb. 1 temporarily blocked the Lousiana law, which was due to go into effect on Feb. 4, while the justices decided how to proceed.