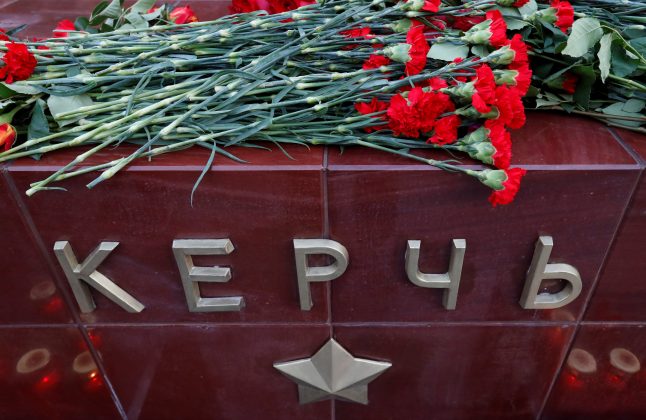 Flowers are seen placed at a memorial by the Kremlin walls to commemorate the victims of a fatal attack on a college in the Crimean port city of Kerch, in Moscow, Russia October 17, 2018. REUTERS/Sergei Karpukhin 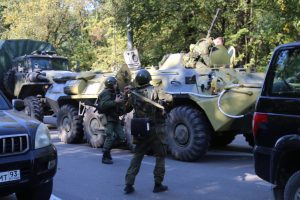