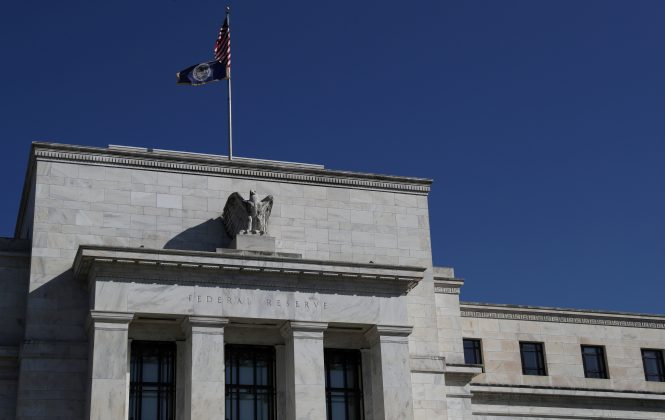 By Trevor Hunnicutt and Jason Lange

NEW YORK/WASHINGTON (Reuters) – A decision by the Federal Reserve to cut interest rates may do little at this point to cut some of the costs that matter to many U.S. consumers.

From mortgages to credit cards, banks and other lenders may resist offering substantially lower rates to consumers, analysts said, even if the central bank makes a widely expected cut to its policy rate, currently targeted between 2.25% and 2.50%.

For one thing, some borrowing costs are already low and markets have already priced in expectations the Fed would support the economy. Mortgage rates have also dropped, with rates on the average 30-year U.S. home loan falling under 4.1%, near a 22-month low, more than half a point below the average since the global financial crisis more than a decade ago, according to the Mortgage Bankers Association.

“If we drive down into the mid-3.7%, mid-3.8% range, you’re talking about historic affordability from a purchasing power standpoint,” said Mark Fleming, chief economist for First American Financial Corp, which provides insurance related to real estate transactions. “There’s not a lot of wiggle room here in the first place. I think we established five or six years ago that a mortgage rate around 3.5% or 3.6% is a floor. That’s about as low as you can go.”

That low mortgage level was when the Fed’s rates were near zero and the central bank was buying mortgage bonds in the aftermath of the financial crisis to drive longer-term rates even lower – a far cry from where policy is now.

At the same time, one of the Fed’s main goals in cutting rates is to bring inflation up to the 2% level policymakers consider healthy, and maybe even higher to make up for long periods of missing that target. If the Fed succeeds, longer-term bonds most sensitive to inflation could fall in price, causing their yields to rise. Because U.S. mortgages are benchmarked to those longer-term bonds, rates could rise again.

For many consumers, the obstacle to buying a house has not been mortgage rates, but stricter lending standards that reduced access to mortgages in the first place. Big price increases and limited supply have also made housing less affordable. Lower rates could make housing even more out of reach by spurring demand, driving prices even higher.

Financing for new cars might be a different story, though, especially given the large role of automakers themselves in the car loan business. Those businesses have an incentive to increase lending to support the auto market.

Savers, meanwhile, have been rewarded in recent months for shopping around for higher-yielding savings accounts and certificates of deposit. Thanks to increased competition, some online banks have been pushing yields up for those products even with the expected rate cut.

That could change if the Fed is embarking on a prolonged series of rate cuts, as some investors are betting. But the biggest factor could still be overall competition between financial institutions for savers’ money, said Morningstar Inc analyst Eric Compton.

Consumers, however, are in a much better place than they have been in years, by some measures. They have higher take-home pay, lower debt and better credit scores than during the financial crisis. “You’ve got consumers that are pretty healthy, savings rates are pretty good,” said Neal Van Zutphen, president of Intrinsic Wealth Counsel Inc, a financial planner. “They’re taking advantage of this anticipatory drop in rates.”

(Reporting by Trevor Hunnicutt in New York and Jason Lange in Washington; Editing by Leslie Adler)