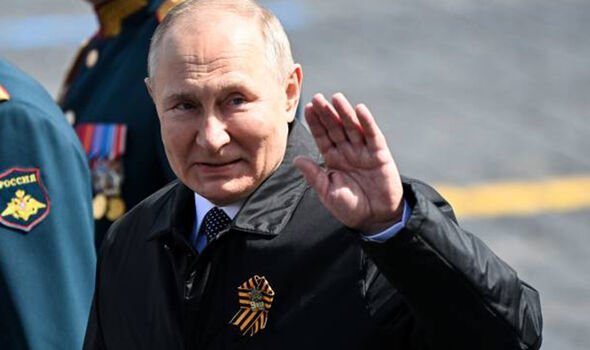 President Putin said NATO enlargement was being used by the US in an 'aggressive' way (Image: GETTY)

Mark 13:8 Nation will rise against nation, and kingdom against kingdom. There will be earthquakes in various places, and famines. These are the beginning of birth pains.