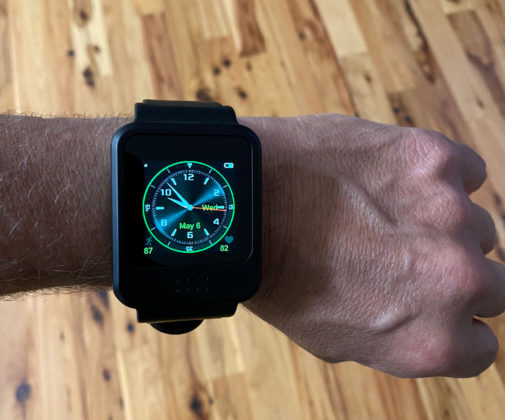 WASHINGTON (Reuters) – How do you ensure that someone sick with COVID-19 stays home?

As the United States begins reopening its economy, some state officials are weighing whether house arrest monitoring technology – including ankle bracelets or location-tracking apps – could be used to police quarantines imposed on coronavirus carriers.

But while the tech has been used sporadically for U.S. quarantine enforcement over the past few weeks, large scale rollouts have so far been held back by a big legal question: Can officials impose electronic monitoring without an offense or a court order?

Case in point is Hawaii, which considered the sweeping use of GPS-enabled ankle bracelets or smartphone tracking apps to enforce stay-at-home orders given to arriving air passengers, according to Ronald Kouchi, the president of the Hawaii state senate.

Kouchi said Hawaiian officials were concerned that many travelers were flouting the state’s 14-day quarantine order, putting the archipelago’s inhabitants at risk. But he said that the plan for mass tracking of incoming travelers – inspired by similar technology in place in South Korea – was put on the back burner after the Hawaii attorney general’s office raised concerns.

“America is America,” Kouchi told Reuters. “There are certain rights and freedoms.”

In response to written questions to the attorney general’s office, Hawaii’s COVID-19 Joint Information Center said the “various ideas being evaluated for tracking those under mandatory quarantine in response to the COVID-19 pandemic are right now just that, ideas.”

Similar ideas have already been executed in a few other states, albeit on a much smaller scale.

Seven people who broke quarantine rules in Louisville, Kentucky were court-ordered to wear GPS-tracking devices manufactured by Colorado-based SCRAM Systems, according to Amy Hess, the city’s chief of public services. She told Reuters that while she would rather not have had to use the devices at all, state law permitted the imposition of home confinement to protect public health.

“We don’t want to take away people’s freedoms but at the same time we have a pandemic,” she said.

In West Virginia’s capital, Charleston, Kanawha County Sheriff Mike Rutherford told Reuters his force had leased 10 additional location-monitoring ankle bracelets from GEO Group Inc. at the outset of the epidemic “to be on the safe side,” although he said they’ve so far just sat on the shelf.

Industry executives including Shadowtrack Technologies Inc. President Robert Magaletta, whose Louisiana-based company supplies nearly 250 clients across the criminal justice system, said they had fielded calls from state and local governments about repurposing their tools for quarantine enforcement, although they wouldn’t name the prospective buyers.

Kris Keyton, of Arkansas-based E-Cell, said he had recently been approached by a state agency that wanted to adapt his detainee-tracking smartphone app for quarantine enforcement.

He said the changes the agency requested were purely cosmetic, including swapping out the word “client” – E-Cell’s term for arrestees – with the word “patient.”

“They just wanted to reskin our app,” he said.

The industry has two main ways of keeping track of offenders: One is through the traditional ankle bracelet, a battery-powered device which is fastened to a person’s leg and is monitored through GPS. The other is through a smartphone app, either used in conjunction with facial or voice recognition technology to make sure it’s attached to the right person or, as with the app made by E-Cell, tethered via Bluetooth to a fitness tracker-style wrist band to ensure it stays on or near the person it is meant to follow.

A QR code-enabled version of the app-and-wrist band solution is already being used in Hong Kong to enforce quarantines on incoming travelers. Poland uses a facial recognition-powered version of the technology that regularly prompts users to upload a selfie to prove they’re indoors.

Other governments are weighing similar technology, said Magaletta of Shadowtrack, who said he was in talks with half a dozen countries in Asia, Europe, and Latin America.

In a call with reporters last month, Jay Stanley of the American Civil Liberties Union noted that several governments were toying with the idea of using smartphones as ad hoc ankle monitors.

“As a technological matter that probably would be effective as long as too much precision is not expected,” Stanley said. But he cautioned that enforcement approach to public health “often tends to backfire.”

Magaletta also foresaw thorny issues as far as the United States was concerned, saying he was less comfortable tracking patients with COVID-19 than he was enforcing house arrests for convicted criminals.

“Can you actually constitutionally monitor someone who’s innocent?” he asked. “It’s uncharted territory.”