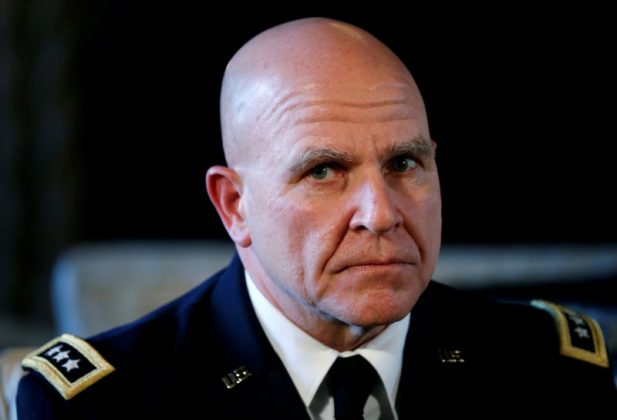 Prime Minister Nawaz Sharif expressed hope that the new U.S. administration might mediate between Pakistan and longtime foe India over the divided Himalayan region of Kashmir.

H.R. McMaster was on his first South Asian trip since the new U.S. administration took office in January, earlier stopping in Afghanistan, Pakistan’s war-ravaged neighbor to the west.

Official statements on Monday gave little indication of whether the Trump administration would adopt a new, tougher policy on Pakistan, as some Afghan officials and Islamabad’s arch-foe India would like.

Afghan officials have long accused Pakistan of providing Taliban insurgents shelter, and perhaps support, on its side of the countries’ porous border.

Pakistan denies it shelters the Afghan Taliban and says it fights against all the region’s jihadist groups with equal vigor.

McMaster – a U.S. Army general who served in the American-led international force in Afghanistan – indicated frustration with Pakistan in an interview with an Afghan news channel on Sunday.

“As all of us have hoped for many, many years, we have hoped that Pakistani leaders will understand that it is in their interest to go after these groups less selectively than they have in the past,” he told TOLO News in Kabul.

“And the best way to pursue their interest in Afghanistan and elsewhere is through diplomacy not through the use of proxies that engage in violence.”

In Pakistan, McMaster’s gave no interviews and the official statement on his visit was more diplomatically couched.

“General McMaster expressed appreciation for Pakistan’s democratic and economic development, and stressed the need to confront terrorism in all its forms,” the U.S. Embassy said in a statement.

“The prime minister conveyed Pakistan’s readiness to work with the international community to explore ways in which the Afghan crisis can be resolved,” Sharif’s office said in a statement.

It also said Sharif would welcome U.S. mediation in Pakistan’s disputes with India.

“(Sharif) welcomed President Trump’s willingness to help India and Pakistan resolve their difference particularly on Kashmir and noted that this could go a long way in bringing sustainable peace, security and prosperity to the region.”

The Indian-administered side of Kashmir has seen a recent spike in separatist violence amid accusations of brutality against supporters of the 28-year-old insurgency that India accuses Pakistan of fomenting. Pakistan denies the accusation.

The nuclear-armed rivals have fought three wars since their independence from Britain in 1947.