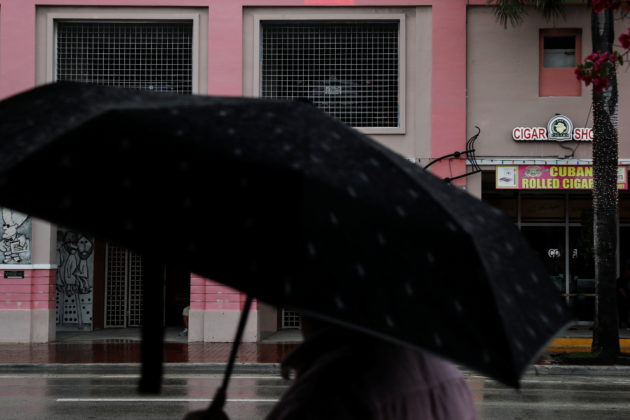 A man walks with an umbrella ahead of Tropical Storm Elsa in the Little Havana neighborhood of Miami, Florida, U.S. July 5, 2021. REUTERS/Shannon Stapleton