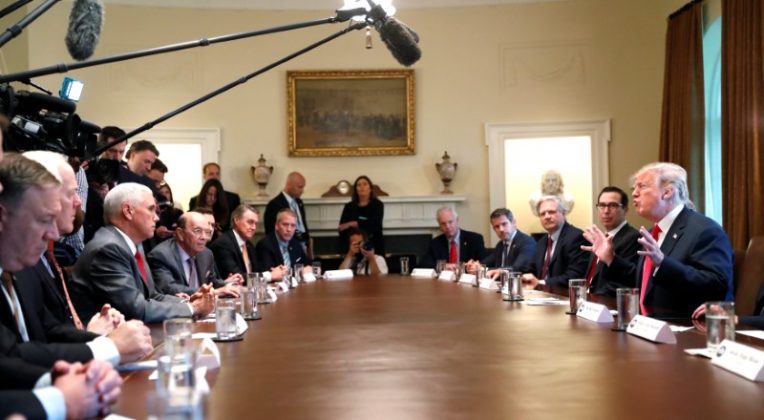 WASHINGTON (Reuters) – U.S. President Donald Trump said on Wednesday he would sign something “pre-emptive” soon to solve the problem of immigrant families being separated at the U.S. southern border, which has sparked outrage in the United States and abroad.

It was not immediately clear what Trump, who had previously blamed the family separations on Democrats, would sign. An earlier report from Fox News Channel said the Trump administration was considering an executive order that would allow immigrant families who cross the border illegally to stay together longer than is currently permitted.

Videos of youngsters in cages and an audiotape of wailing children have sparked anger at home from groups ranging from clergy to influential business leaders, as well as condemnation from abroad.

Trump, speaking to reporters at the White House, said he hoped his measure would be matched with legislation in the U.S. Congress. The House of Representatives was to vote on Thursday on two bills designed to halt the practice of separating families and to address other immigration issues. But Republicans said they were uncertain if either measure would have enough support to be approved.

Trump campaigned on stopping illegal immigration and has fiercely defended his administration’s actions. He had called on Democratic lawmakers to stop the family separations, even though his fellow Republicans control both chambers in Congress and his own administration implemented the current policy.

A Reuters/Ipsos national opinion poll released on Tuesday showed fewer than one in three American adults supporting the policy.