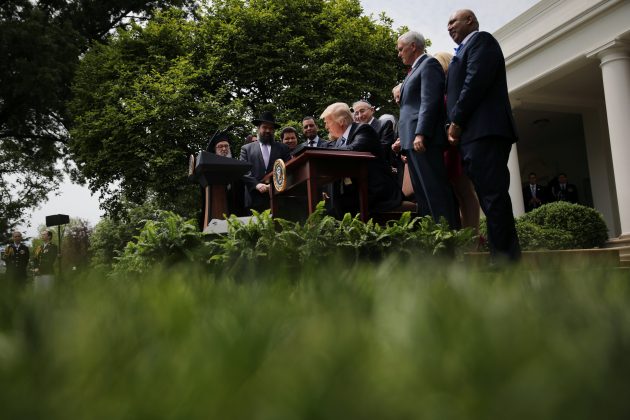 U.S. President Donald Trump signs an Executive Order on Promoting Free Speech and Religious Liberty during the National Day of Prayer event at the Rose Garden of the White House in Washington D.C., U.S., May 4, 2017. REUTERS/Carlos Barria