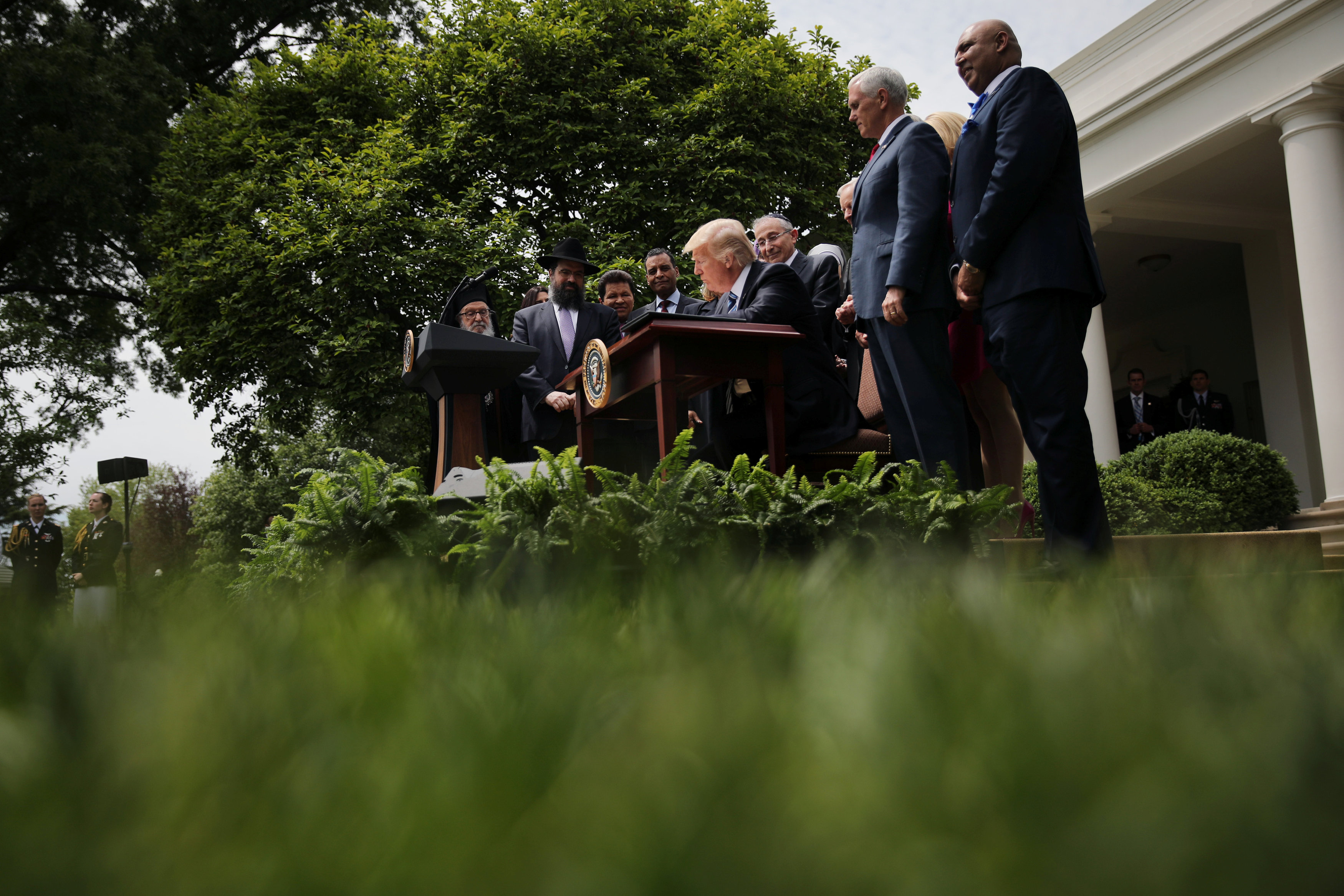 The Becket Fund for Religious Liberty, who is defending the school’s rights, says the support of 16 states through friend-of-the-court briefs is a major bonus to the school’s case.

“This strong show of support for HBU and ETBU (and Westminster Theological Seminary) demonstrates just how important it is that the Supreme Court address the impact of the HHS mandate, particularly on religious groups,” said Diana Verm, Legal Counsel at the Becket Fund, in a statement. “It is especially significant that the 16 state governments are supporting HBU and ETBU at the Supreme Court.

The 16 states claim in their briefs that the schools maintain “a sincere religious conviction that complying with the disputed mandate is forbidden.”  The Attorneys General for the states also endorsed providing the schools with the same exemptions that are given to churches.

A federal appeals court ruled against the Little Sisters of the Poor in a similar case last month.  If the exemptions are not given to the schools and organizations challenging the mandate, they could face millions of dollars in IRS fines for not making the abortifacient drugs available as part of their health care plans.

A group of speakers at an event celebrating the 200th anniversary of the Star Spangled Banner says that American Christianity is under serious threat.

The event, held at First Baptist Church in Charlotte, North Carolina, featured speakers like former Gov. Mike Huckabee, Texas Senator Ted Cruz and his father, Family Research Center head Tony Perkins and other leaders.  The event was to celebrate the importance of Christianity in the national anthem and the importance of Christianity in American history.

Senator Cruz said that religious liberty is endangered not just abroad but at home.

“If you’re litigating against nuns,” Cruz said, referring to the struggle of Little Sisters of the Poor against the Obama administration’s contraception mandate, “you’ve probably done something wrong.”

“Our land needs healing,” Cruz continued. “When this country was founded, it was founded on the radical concept that our rights don’t come from kings, queens or governments, but our rights come from Almighty God.”

“Is it time for us to stop complaining about what is, and start believing what will be if God’s people on their faces in humility and brokenness will once again ask for His hand of providence to envelope this great land of ours,” he said.

The Obama administration has decided even in light of the Hobby Lobby ruling from the Supreme Court to continue their action to force nuns to pay for abortion causing drugs.

The administration filed a “supplemental brief for the government” Monday in the Tenth Circuit Court of Appeals in their lawsuit with the Little Sisters of the Poor.  The order sued to not be forced to pay for abortion causing drugs because it violates the Christian faith.

“This Court should proceed with oral argument in these cases,” the administration wrote in the brief.  “Because of the injunctions issued in these cases, the women employed by the plaintiffs have been and continue to be denied access to contraceptive coverage.”

The Beckett Fund for Religious Liberty, which is overseeing the case for the Little Sisters, told the Christian Post they were disappointed that the government is going to continue to target the nuns.

“We’re disappointed that the government still insists on picking religious winner and losers and exempting church while telling the Little Sisters of the Poor they’re not religious enough,” Adele Keim said.

The Obama administration is working on a plan that will allow religious non-profit organizations that object to paying for abortion causing drugs and also signing forms to allow third-party groups to cover them to completely opt-out.

A White House spokesman said they are “developing the alternative” to the original plan that “won’t involve shifting the costs to employees.”

The Obama administration was ordered by the Supreme Court to revise the rules after a 6-3 vote by the Supreme Court that Wheaton College could not be required to cover abortion-causing drugs.  The case will have trickle down impact on other cases including one involving the Little Sisters of the Poor.

The court said the rule in the healthcare law violated the 1993 Religious Freedom Restoration Act.

A source told the Associated Press the new rules will come out in about a month.

The National Organization for Women, furious over the Hobby Lobby ruling and organizations that stand up against the Affordable Care Act’s mandate on abortion causing drugs, has released a list called the “Dirty 100” that includes a group of nuns.

The list, which consists of organizations that have filed lawsuits against the ACA, features the Little Sisters of the Poor as a “dirty” organization.

The Little Sisters of the Poor dedicates themselves to serving impoverished elderly people with “grace of hospitality toward the aged poor.”  The group operates 200 homes on five continents and serves over 13,000 residents.  The nuns who work in the order live communally and take vows of poverty, chastity, obedience and hospitality.

The Little Sisters of the Poor were not the only groups that the National Organization for Women says are “dirty.”  The list included Priests for Life, a pro-life group that also advocates against the death penalty and 12 Catholic dioceses.

NOW, one of the largest pro-abortion groups in the country, wants to see a significantly expanded mandate for contraception imposed on all businesses than what is in the Affordable Care Act.

While the Supreme Court ruling for Hobby Lobby was a major victory for Christian business owners, other lawsuits against the mandate continue to move forward dealing with other questions related to the mandate.

The Little Sisters of the Poor are continuing in their case against the Obama administration’s demand the Sisters sign an “accommodation” to the mandate that their employees can use to obtain contraceptive coverage.  The Sisters say that accommodation makes them complicit in something that goes against their faith, namely, abortion.

However, the ruling makes the lawyers for the Sisters believe the court will favorably view them.

Blomberg says that he feels confident the court will carry the logic through to his case.

“When it comes to complicity, the government doesn’t get to decide, the religious believer gets to decide,” Blomberg said.