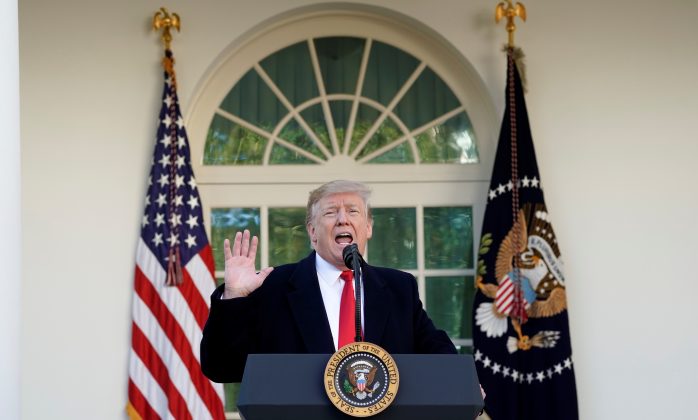 WASHINGTON (Reuters) – With little time to craft a deal over funding security operations on the U.S.-Mexico border, a bipartisan group of lawmakers was to meet in a public work-session on Wednesday even as President Donald Trump maintained a hard line on constructing a massive wall.

Congressional negotiators are up against a Feb. 15 deadline for agreeing on funding through Sept. 30 for several federal agencies, including the Department of Homeland Security and its border operations.

Realistically, Republican and Democratic lawmakers have about a week to settle differences and still give the full House of Representatives and Senate time to debate and vote on any deal.

A 35-day partial shutdown of agencies was triggered on Dec. 22 when Trump refused to sign funding bills that did not contain $5.7 billion for a wall along the southwestern U.S. border.

Faced with steadfast opposition in the Democratic-majority House, Trump relented on Friday, agreeing to re-open federal agencies temporarily without his $5.7 billion request. In return, Congress agreed to a special panel to negotiate a border security deal.

Trump has threatened a resumption of the record-long shutdown if the panel fails to find common ground or produces a plan he does not like.

In a tweet on Wednesday, Trump warned: “If the committee of Republicans and Democrats now meeting on Border Security is not discussing or contemplating a Wall or Physical Barrier, they are Wasting their time!”

Physical barriers have long been installed on parts of the border to keep out illegal drugs and undocumented immigrants and more are underway.

It was unclear whether Trump, who views the current arrangement as insufficient, would accept a simple continuation of such installations. Building a wall on the U.S. southern border – with Mexico paying for it – was one of Trump’s most often repeated promises during the 2016 presidential campaign. Mexico has refused to pay for a wall.

Wednesday’s committee meeting might be the only public session since behind-the-scenes negotiations are the stage for the real bargaining.

With a mix of wall supporters and opponents, it is unclear whether the panel will reach agreement.

Republican Representative Kay Granger was optimistic, telling reporters she and Lowey “have worked together well” over the years.

If Congress denies his request, Trump has threatened to declare a “national emergency” in order to take existing funds appropriated by Congress for other purposes – possibly from the Defense Department, for example – to build his wall.

There is bipartisan opposition in Congress to that plan, which likely would spark legal challenges since the U.S. Constitution gives Congress the power to appropriate funds and direct their use.