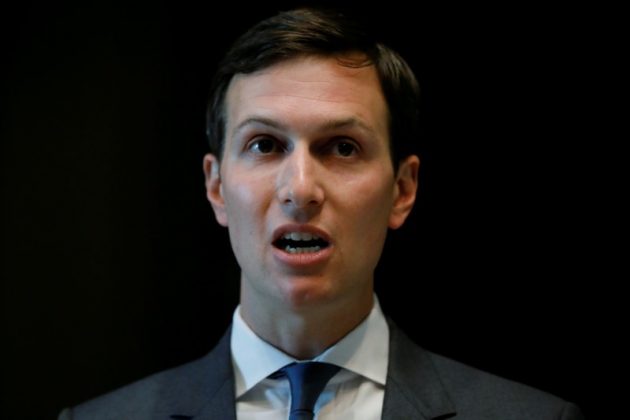 Kushner, a 36-year-old real estate developer with little experience of international diplomacy and peace negotiations, arrived in Israel early on Wednesday and will spend barely 20 hours on the ground – he departs shortly after midnight.

During his stopover, he will meet Netanyahu for their first formal discussions on peace, before traveling to Ramallah, in the Israeli-occupied West Bank, for talks with Abbas after Iftar, the evening meal that breaks the Ramadan fast.

U.S. officials are calling the trip part of an effort to keep the conversation going rather than the launching of a new phase in the peace process, saying that Kushner and Jason Greenblatt, the president’s special representative for international negotiations, are likely to return repeatedly.

Greenblatt arrived in Israel on Monday for preliminary discussions in both Jerusalem and Ramallah, and will remain for follow-up talks after Kushner has departed, officials said.

Trump has described a peace agreement between the Israelis and the Palestinians as “the ultimate deal” and made it a priority since taking office: he’s received both Netanyahu and Abbas in the White House and visited the region last month.

But it remains unclear what approach Trump, via Kushner and Greenblatt, plans to take on resolving one of the world’s most intractable conflicts.

For at least two decades, the goal of U.S.-led diplomacy has been a “two-state solution”, meaning an independent Palestinian state living side-by-side and at peace with Israel.

But when he met Netanyahu in Washington in February, Trump said he was not fixed on two states saying, “I’m looking at two-state and one-state, and I like the one that both parties like”.

Netanyahu has in the past given his conditional backing to two states. But ahead of his last election victory in 2015, he promised there would never be a Palestinian state on his watch, a remark seen as an attempt to shore up support on the right.

In preliminary discussions before Kushner’s visit, Palestinian sources said the phrase “two state solution” had not been used.

On Tuesday, hours before Kushner’s arrival, Netanyahu announced the beginning of work on a new settlement in the West Bank, and has talked of thousands more settlement homes, ramping up a policy that has long been a major obstacle to peace.

The Palestinians have in the past called for a freeze on settlement building before any negotiations can take place. Most of the world considers settlements built on occupied land illegal under international law, a position Israel disputes.

Palestinian sources said that ahead of Kushner’s meeting with Abbas, they had been asked to draw up a list of 12 ‘bullet point’ demands they have in any negotiations.

They saw it as a helpful exercise in focusing on core elements rather than an oversimplification of a complex issue.

Trump administration officials have said that if they are going to make progress on the Israel-Palestinian conflict, they do not want to get bogged down in process but to move more rapidly toward resolving what are known as “final status” issues, the complexities around Jerusalem, Palestinian refugees, water resources, security and borders.