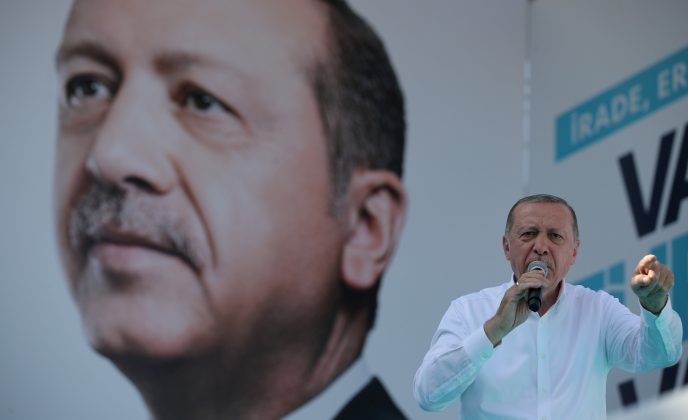 ANKARA (Reuters) – Turkey could stage another election if the alliance between President Tayyip Erdogan’s ruling AK Party and the nationalist MHP party cannot form a majority in parliament after Sunday’s vote, the MHP leader said.

Turks will vote on June 24 in presidential and parliamentary elections that will herald a switch to a new powerful executive presidency narrowly approved in a referendum last year.

Polls suggest Erdogan’s alliance could narrowly lose its parliamentary majority, while the presidential vote may also go to a second round run-off. 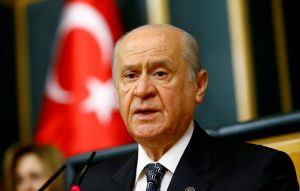 Devlet Bahceli, chairman of the Nationalist Movement Party (MHP) who backed Erdogan in the referendum, said another set of early elections could be on the agenda if the presidency and parliament struggle to work together after Sunday’s vote.

Speaking in an interview on private news channel NTV late on Monday, Bahceli said that the referendum granted either the president or parliament the authority to call for snap elections when there was a “blockage” – for example if Erdogan won the presidency but his party fell short of a parliamentary majority.

“When the presidency and parliament come to the point where they can’t work in unison, there are ways out of this under the constitutional changes and they are carried out. For example, an … early election could be considered,” he said.

Bahceli played a pivotal role in moving Sunday’s elections forward more than a year when he called on the government to declare snap elections in April. Erdogan set the election date for the June 24 votes after a meeting with Bahceli.

Under the constitutional changes, which will go into effect following the elections, the number of lawmakers in parliament will increase to 600 from 550. Officials from the AK Party, which has enjoyed a parliamentary majority until now, have said they aim to receive at least 300 seats in the assembly.

Throughout his election campaign, Erdogan has stressed the importance of a “strong parliament”, saying the decision to support him for the presidency but not the AK Party was a “disturbing attempt”.

The composition of the assembly could depend on Turkey’s pro-Kurdish opposition, which has significant backing in the country’s largely Kurdish southeast.

If the party passes a 10 percent threshold needed to enter parliament, it could win dozens of seats in parliament. If it fails, the seats will go to the second most popular party in the region, almost certainly guaranteeing a majority for the AKP.