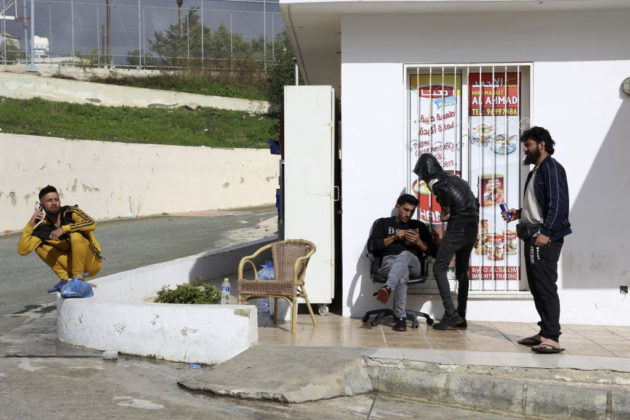 The Republic of Cyprus, 36% of which is illegally occupied by Turkey, is increasingly struggling with a massive wave of illegal migration from Turkey, the Middle East and Africa. Migrants from Syria stand outside a kiosk in the village of Chlorakas, Cyprus, on January 31, 2022. Migrants now make up make up one-quarter the village's residents. (Photo by Christina Assi/AFP via Getty Images)