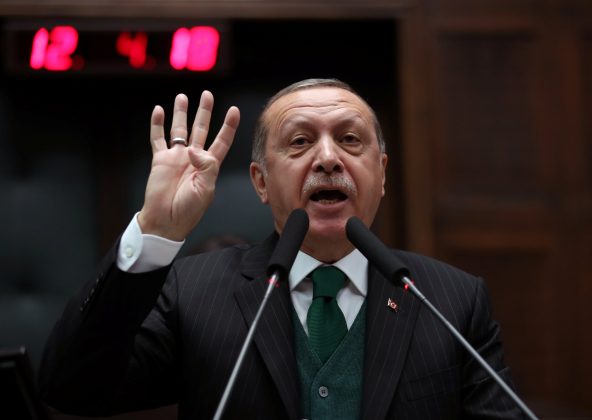 Reza Zarrab is cooperating with U.S. prosecutors in the criminal trial of a Turkish bank executive accused of helping to launder money for Iran. At the time of the alleged conspiracy, Erdogan was Turkey’s prime minister.

Zarrab also said for the first time on Thursday that Turkey’s Ziraat Bank and VakifBank were involved in the scheme. The two banks could not immediately be reached for comment after business hours in Turkey.

The testimony came on the third day of the trial of Mehmet Hakan Atilla, an executive at Turkey’s state-owned Halkbank, who has pleaded not guilty in Manhattan federal court.

U.S. prosecutors have charged nine people in the case, although only Zarrab, 34, and Atilla, 47, have been arrested by U.S. authorities. Prosecutors have said the defendants took part in a scheme from 2010 to 2015 that involved gold trades and fake purchases of food to give Iran access to international markets, violating U.S. sanctions.

The case has fueled tensions between the United States and Turkey, which are NATO allies. Erdogan’s government has said the case was fabricated for political reasons.

Zarrab, who began testifying on Wednesday morning, has told jurors that he ran an international money laundering scheme to help Iran get around U.S. sanctions and spend its oil and gas revenues abroad. He said he helped Iran use funds deposited at Halkbank to buy gold, which was smuggled to Dubai and sold for cash.

Zarrab said that he paid bribes worth more than $50 million to Zafer Caglayan, who was Turkey’s economy minister, to further the scheme. He said he bribed Aslan as well.

Zarrab’s testimony has focused on Halkbank and Turkey, but on Thursday, he said that he had tried to duplicate his scheme in China before Chinese banks shut him down.

“The banks that realized this had something to do with Iran, they immediately stopped it,” he said.