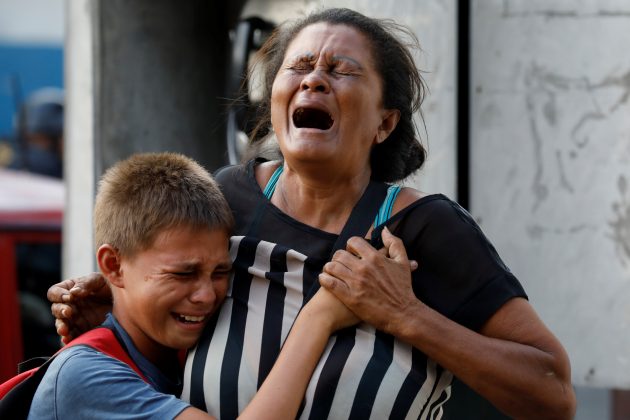 Relatives of inmates held at the General Command of the Carabobo Police react as they wait outside the prison, where a fire occurred in the cells area, according to local media, in Valencia, Venezuela March 28, 2018. REUTERS/Carlos Garcia Rawlins

GENEVA (Reuters) – The United Nations human rights office called on authorities in Venezuela on Thursday to carry out a speedy investigation into a prison fire and to provide reparations to victims’ families.

Rioting and a fire in the cells of a Venezuelan police station in the central city of Valencia killed 68 people on Wednesday, according to the government and witnesses. Venezuelan prisons are notoriously overcrowded and filled with weapons and drugs.

“We urge the Venezuelan authorities to carry out a prompt, thorough and effective investigation to establish the cause of these deaths, provide reparations to the victims’ families, and, where applicable, identify and bring those responsible to justice,” the office of the U.N. High Commissioner for Human Rights said in a statement voicing concern at prison conditions.