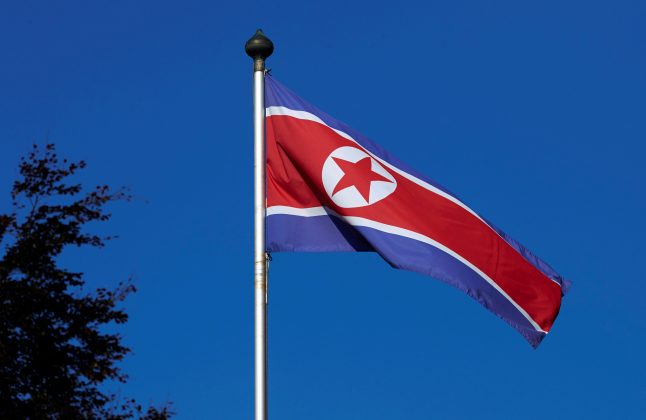 A North Korean flag flies on a mast at the Permanent Mission of North Korea in Geneva October 2, 2014. REUTERS/Denis Balibouse/File Photo

GENEVA (Reuters) – A United Nations panel for child rights said on Wednesday that North Korea was punishing children for their “parents’ crimes” or political views by discrimination and urged Pyongyang to end child labor.

The U.N. Committee on the Rights of the Child, which reviewed Pyongyang’s record last month, also voiced deep concern at what it said was the “ideological indoctrination” in its education system.

Tensions in the region and beyond, especially with the United States, have spiked considerably in recent months as North Korea conducted a series of tests of its medium- and long-range ballistic missiles, some of which flew over Japan, as well as its sixth nuclear test on Sept. 3.

In its findings, the panel said it remained concerned that North Korea did not “adequately guarantee the right to freedom from torture and other cruel or degrading treatment or punishment, in law and in practice, in particular of children forced to return to (North Korea), children living in street situations, and children in detention facilities, including political prison camps.”

The U.N. panel, in a session on Sept. 21, asked the North Korean delegation how “songbun”, a system ranking citizens based on family loyalty to the ruling dynasty, affected children’s access to education, health and food.

The North Korean delegation replied that this was an “imaginary concept” invented by hostile forces.

The watchdog, composed of 18 independent experts, also called on North Korea to allowing children freedom of expression, including access to the Internet.

North Korea told the U.N. panel last month that international sanctions imposed on it over its nuclear and ballistic missile programs would endanger the survival of North Korean children.

The U.N. Security Council has unanimously imposed nine rounds of sanctions on North Korea since 2006, the latest last month capping fuel supplies to the isolated state.

The U.N. experts noted that economic sanctions had “repercussions on children’s enjoyment of their rights”.