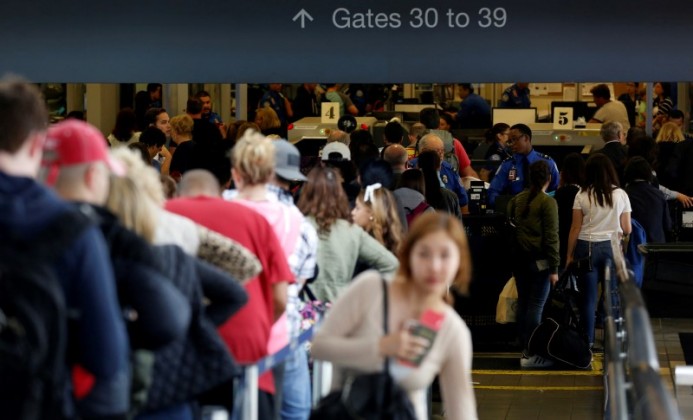 “As a result of our audit reports … TSA is now, for the first time in memory, critically assessing its deficiencies in an honest and objective light,” said John Roth, inspector general of the U.S. Department of Homeland Security, the TSA’s parent agency. “We are generally satisfied with the response we have seen at TSA.”

“We went from a cultural situation where we were fought at every turn to one in which they now embrace oversight in a way that I think is … positive,” he added, in testimony before a U.S. Senate committee.

In a covert audit, department staff succeeded in bringing banned items through airport checkpoints and raised concerns about the TSA’s vetting of its workforce.

The TSA has cut back on directing travelers into faster lanes that let them keep shoes on and laptops packed. That change along with low staffing levels and more flyers had sparked long lines this spring.

Roth, in testimony before the U.S. Senate Committee on Homeland Security &amp; Governmental Affairs, said the TSA has come up with nearly two dozen ways to improve procedures.

“Over the past 11 months, we have undertaken a systematic and deliberate transformation of TSA,” Administrator Peter Neffenger, who took the TSA top job after the lapses, said at the hearing.

Neffenger said the TSA has retrained staff and is vetting employees daily.

In addition, he said TSA is working with about a dozen airports to increasingly automate screening and create a “true curb-to-gate security environment, as opposed to just focusing it all around that checkpoint.”

Neffenger said the lanes have improved efficiency at the checkpoints by 30 percent.

(Reporting by Jeffrey Dastin in New York and Julia Edwards in Washington; Editing by Bill Rigby and Jeffrey Benkoe)