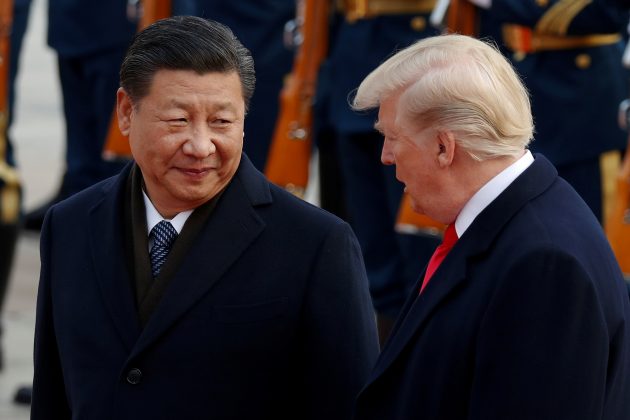 WASHINGTON (Reuters) – The United States and about a dozen allies are expected on Thursday to condemn China for efforts to steal other countries’ trade secrets and technologies and to compromise government computers, according to a person familiar with the matter.

Australia, Britain, Canada, Japan, the Netherlands, New Zealand and Sweden are expected to be involved in the U.S. effort, according to the source, who spoke on condition of anonymity.

The U.S. Justice Department also is expected later on Thursday to unveil criminal charges against hackers affiliated with China’s main intelligence service for an alleged cyber-spying campaign targeting U.S. and other countries’ networks, according to the source.

The Washington Post first reported the coming action on Thursday.

The suspected hackers are expected to be charged with spying on some of the world’s largest companies by hacking into technology firms to which they outsource email, storage and other computing tasks. The attacks began as early as 2017.

Cloudhopper is considered a major cyber threat by private-sector cybersecurity researchers and government investigators because of the scale of the intrusions.

Over the past several years, as companies around the globe have sought to cut down information technology spending, they have increasingly relied on outside contractors to store and transfer their data.

When a managed service provider is hacked, it can unintentionally provide attackers access to secondary victims who are customers of that company and have their computer systems connected to them, according to experts.

The timing of the action may further escalate tensions between Washington and Beijing after the arrest of Meng Wanzhou, the chief financial officer of Chinese telecommunications giant Huawei Technologies, in Canada at the request of the United States.

(Reporting by Diane Bartz, Lisa Lambert and Susan Heavey; Editing by Will Dunham)