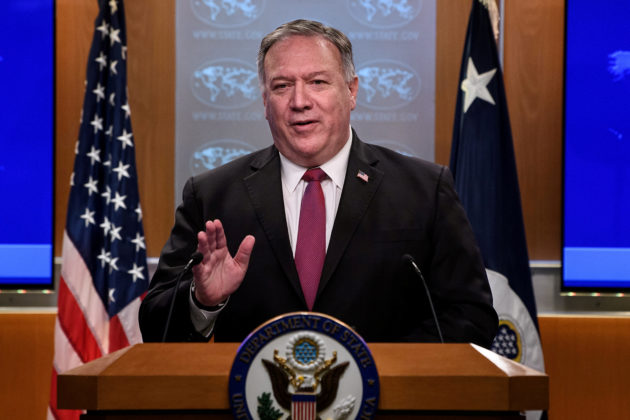 By Matt Spetalnick and Pete Schroeder

WASHINGTON (Reuters) – The Trump administration told Congress on Tuesday it had approved the U.S. sale of more than $23 billion in advanced weapons systems, including F-35 fighter jets and armed drones, to the United Arab Emirates, Secretary of State Mike Pompeo said.

The formal notification followed a U.S.-brokered agreement in September in which the UAE agreed to normalize relations with Israel, becoming the first of three Arab states to make such a move in recent months.

“This is in recognition of our deepening relationship and the UAE’s need for advanced defense capabilities to deter and defend itself against heightened threats from Iran,” Pompeo said in a statement.

The $23.37 billion package includes up to 50 F-35 Lighting II aircraft, up to 18 MQ-9B Unmanned Aerial Systems and a package of air-to-air and air-to-ground munitions, the State Department said.

Any deal the United States makes to sell weapons in the Middle East must satisfy decades of agreement with Israel that it must not impair Israel’s “qualitative military edge” over its neighbors.

The announcement came just days after Democratic challenger Joe Biden won enough states needed to take the presidency from Trump, a Republican who made pro-Israel policies part of his re-election campaign.

Israel initially balked at the prospective sale of F-35 warplanes, valued at $10.4 billion, but dropped its opposition after what it described as U.S. guarantees that Israel’s regional military superiority would be preserved.

The UAE, one of Washington’s closest Middle East allies, has long wanted the stealthy jets and was promised a chance to buy them in a side deal when it agreed to normalize relations with Israel, part of a strategic regional realignment against Iran.

In the past, the F-35 has been denied to Arab states while Israel has about 24 of the jets. Israel is currently slated to purchase 50 of the fighters.

“The proposed sale will make the UAE even more capable and interoperable with U.S. partners in a manner fully consistent with America’s longstanding commitment to ensuring Israel’s Qualitative Military Edge,” Pompeo said.

The $2.97 billon sale of armed drones would mark the first such export since the Trump administration reinterpreted a Cold War-era arms agreement between 34 nations to allow U.S. defense contractors to sell more drones to allies.