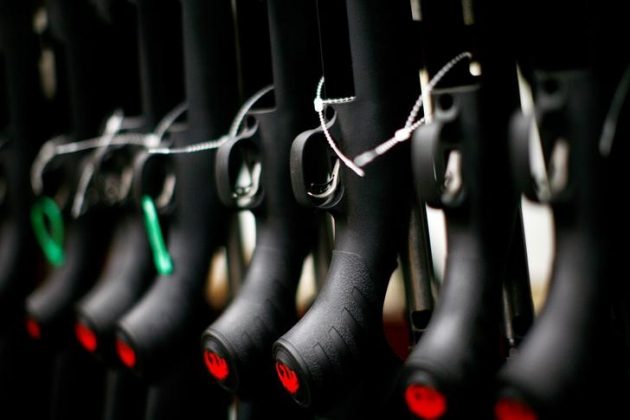 BOSTON (Reuters) – U.S. asset manager State Street Corp said it plans to seek details from gunmakers on how they will support the “safe and responsible use of their products,” adding to pressure on the industry after the Feb. 14 shooting that killed 17 people at a Florida high school.

Other firms including Bank of America Corp are also reviewing relations with the weapons industry, as social media and shareholder activism open new fronts in a long-running U.S. debate over firearms.

As a large shareholder in weapons makers such as American Outdoor Brands Corp and Sturm Ruger &amp; Co Inc Boston-based State Street wields extra clout including the ability to vote against directors and to back shareholder resolutions on gun safety pending at each company.

“We will be engaging with weapons manufacturers and distributors to seek greater transparency from them on the ways that they will support the safe and responsible use of their products,” State Street spokesman Andrew Hopkins said in an emailed statement.

State Street is joining larger rival BlackRock Inc in putting weapons executives on the spot. On Feb. 22 BlackRock, the world’s largest asset manager, said it will speak with gunmakers and distributors “to understand their response” to the Florida shooting.

Representatives for American Outdoor and Sturm Ruger did not respond to questions over the weekend, after Hopkins sent the statement on Friday evening.

State Street, with $2.8 trillion under management at Dec. 31, owns about 2 percent of the shares of both American Outdoor and Sturm Ruger, according to filings.

Bank of America said on Saturday it would ask clients who make assault rifles how they can help end mass shootings. Other financial firms have cut marketing ties with the National Rifle Association (NRA) recently, including the First National Bank of Omaha, which will not renew a contract to issue an NRA-branded Visa card.

The fund manager statements were striking given that many major investors try to steer clear of political debates to avoid alienating customers. But asset managers lately have supported more social and environmental measures as sought by their clients.

Both American Outdoor and Sturm Ruger face shareholder resolutions filed by religious investors calling for them to report on their gun safety efforts, aimed for their shareholder meetings later this year.

Patrick McGurn, special counsel for proxy adviser Institutional Shareholder Services, said directors on the boards of both should expect tough questions from shareholders.

“Guns join opioids, cyber hacks, sexual harassment, human rights and climate change as top-of-mind risks that shareholders will want to discuss with boards during engagements and at annual meetings,” McGurn said via e-mail.

Not all top fund firms are taking a public stance on the weapons debate.

Vanguard Group Inc said in a statement e-mailed by a spokesman on Friday that while it discusses with companies whose shares it owns “the impact of their business on society,” the Pennsylvania fund manager also “believes we can be more effective in advocating for change by not publicly discussing the nature of engagements with specific companies by name.”

A spokesman for Fidelity Investments said via e-mail on Sunday that the firm generally does not comment on individual companies or how it plans to vote on proxy resolutions.

“We do our best to see that our investment decisions are in line with our fiduciary obligation to ensure that every Fidelity fund is managed based on the investment objective described in its prospectus,” she said.