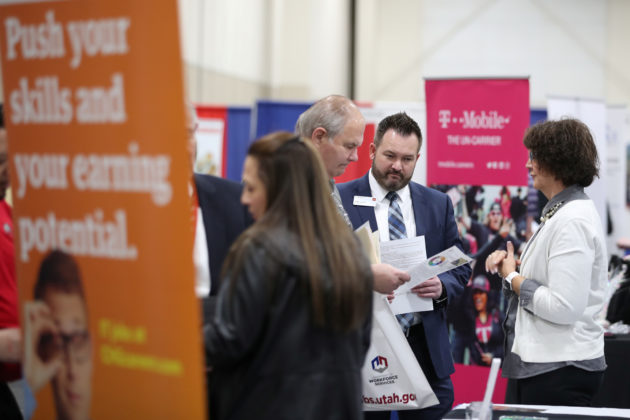 WASHINGTON (Reuters) – U.S. median household income hit a record high in 2019 and the poverty rate fell, according to a government survey released on Tuesday that offered a snapshot of the economy before millions of American jobs were destroyed by the coronavirus pandemic.

It also said the nation’s poverty rate fell last year to 10.5%, a 1.3-percentage-point drop. Another measure of poverty that adjusts for government aid programs for low-income Americans showed a drop to 11.7% last year from 12.8% in 2018.

At the same time, however, the number of people without health insurance for at least part of the year hit 29.6 million, up one million from the year before. The number of uninsured children also grew.

The report offered a look back at the state of the economy before the novel coronavirus outbreak hit the United States early this year, shuttering many businesses as the country sought to contain the pandemic.

Since then, more than 6.5 million people in the United States have contracted the highly contagious virus and more than 194,000 have died. Vast swaths of the economy were devastated and 22 million Americans were thrown out of work.

While activity is now rebounding, economists warn that the recovery may be uneven as federal stimulus money runs out with no signs of replenishment from Washington. A potential second wave of COVID-19 infections this autumn and winter as people move back indoors also looms large.

President Donald Trump, who had staked his re-election on economic gains before the outbreak, has downplayed impact of the virus and the risk of another wave, as he has urged states to fully re-open. He has also repeatedly touted gains on Wall Street – a narrow gauge of economic performance – and pledged to rebuild the economy if he wins a second term.

His Democratic rival in the Nov. 3 election, former Vice President Joe Biden, has said the gains since COVID-19 emerged have been uneven and have left many segments of the working population still reeling.

“Those at the top see things going up. But those in the middle and below see things getting worse. And we have leaders who bear false witness, want us to believe that our country isn’t gone off track,” Biden said on Monday.

A Reuters/Ispos poll in late August showed American’s support for Trump’s handling of the economy has slipped.

The income and poverty data for 2019, the last year of the economic expansion following the 2007-2009 Great Recession, “do not reflect the impacts of the COVID-19 pandemic or the current recession,” Census’ Social, Economic and Housing Statistics Division chief David Waddington told reporters on a conference call.