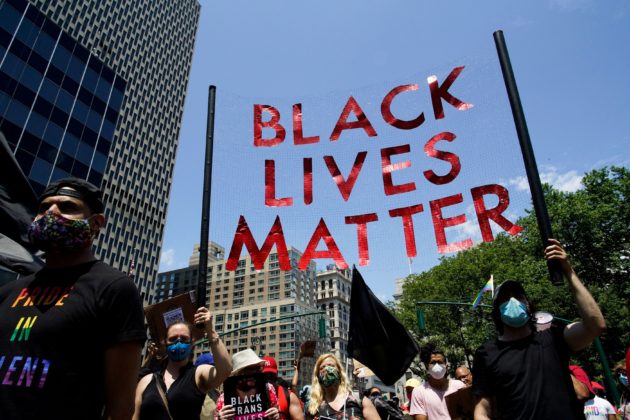 WASHINGTON (Reuters) – Prominent U.S. civil rights groups are refusing to appear before a Justice Department law enforcement commission set up to recommend ways to increase respect for police and reduce crime, calling it out of touch with public anger over policing.

The Presidential Commission on Law Enforcement and the Administration of Justice was established in January, before the latest wave of mass protests over police use of force against Black Americans set off by the May killing of George Floyd.

Its mission statement did not mention racial disparities in criminal justice or address excessive use of force by police, and unlike a similar Obama administration commission, its members represent only federal, state and local law enforcement, with no civil rights advocates, defense attorneys or even big-city police departments taking part.

Civil rights leaders told Reuters they only received invitations to testify after the NAACP Legal Defense Fund sued the commission in April, contending it was violating federal open-meeting laws and lacked diverse viewpoints. That case is pending, and the Justice Department has asked a federal judge to have it dismissed.

“It is so completely out of touch with what is happening,” said Kanya Bennett, an attorney with the American Civil Liberties Union.

After the protests over Floyd’s death began, the commission held some hearings about the excessive use of force and community policing, but they were announced with little advanced warning and were closed to the public. President Donald Trump has struck a strict “law-and-order” tone in his response to the protests.

A Justice Department spokeswoman said the commission would be addressing the issues outlined in a police reform executive order signed by Trump in June including “accreditation and how to assist law enforcement and communities in their response to homelessness, addiction and mental health.”

The commission is expected to release a report in October offering recommendations for decreasing crime, addressing mental health and homelessness issues, and promoting respect for police officers.

U.S. civil rights groups including the ACLU have refused to attend the hearings, submitting only written testimony.

“The ACLU is not going to participate in a sham commission that was formed for the sole purpose of promoting a ‘blue lives matter’ narrative,” Bennett said.

Commission Chairman Phil Keith said at a June meeting that of the nearly 30 civil rights and other advocacy groups invited to testify, only a handful accepted, including the North Carolina-based Racial Equity Institute and the National Association of Criminal Defense Lawyers (NACDL).

Deena Hayes-Greene, a co-founder of the Racial Equity Institute, said she learned other groups had declined invitations at the meeting she attended. Norman Reimer, executive director of the NACDL, said he was cynical about the commission but thought it was important to express his group’s views.

The NAACP Legal Defense Fund said it had not received an invitation to participate.

The commission “fails to consider … the long and fraught history of police community relations, especially in Black and brown communities and the nexus between unconstitutional policing and the violations of civil rights,” said Sakira Cook, director of the justice reform program with the Leadership Conference on Civil and Human Rights.